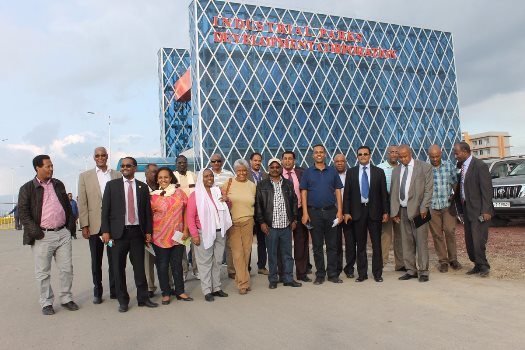 On the occasion organizers of the visit noted the Government of Ethiopia is improving Hawassa’s connectivity through the extension of the Addis-Adama highway to Hawassa, the construction of a domestic airport, and the extension of the Addis – Modjo – Djibouti railway to Hawassa. The park has already embraced 15 leading global apparel and textile companies. They also noted that six local companies are ready to start operation in the park.

Earlier on Sunday, at the conference on “Diaspora Engagement in SNNPR” the President of Southern Nation Nationalities and Peoples Region (SNNPR), Ato Dessie Dalkie said Ethiopia in general and the region in particular offers a comprehensive set of fiscal and non-fiscal incentives to encourage investment. The top-notch Hawassa Industrial Project is constructed by renowned Chinese Company, China Civil Engineering Construction Company (CCECC) and completed in just nine months.