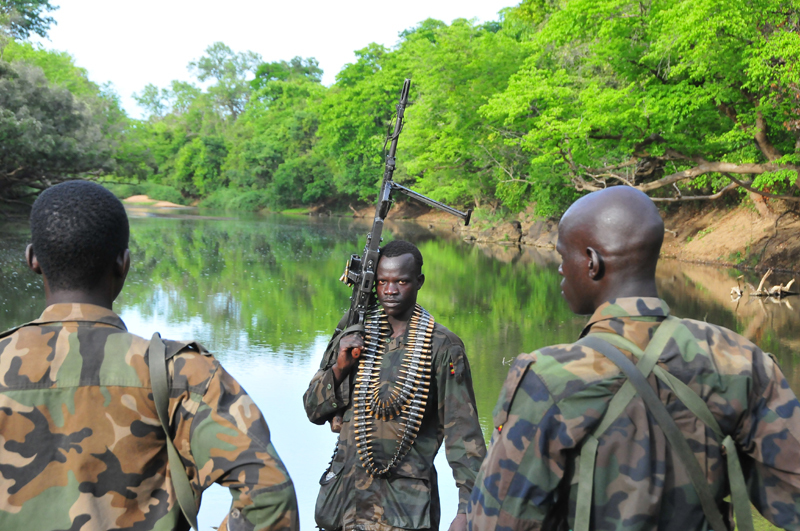 Following his return from Juba, Gbudue State Governor Patrick Raphael Zamoi told reporters that the armed group led by Alfred Futuyo abducted a member of the RTF force while they were coming from Nzara to Yambio, three weeks ago and his whereabouts is not known.

“We learnt that they brought a lot of number of guns back to the state, I still gave them a chance for peace. When I went back again to Juba I found that they start trouble here coming attacking the town abducting the boys here and there, attacking refugees camp abducting one of the officer of the AU RTF.”

Zamoi blamed the armed group saying he has been trying by all possible ways to dialogue with them. But they continue causing insecurity just to tarnish the image of the Government. and the community is tired of them.

He added that one day they would harvest what they are sowing.However, the governor vowed to continue his efforts for peace because “it is the community which suffers”.

He hailed the progress made in the implementation of a peace agreement signed in April 2016 with the South Sudan National Liberation Movement in Yambio, one of the armed group in Western Equatoria region.

He said the reintegration process of SSNLM forces into the organized forces is at the final stage. Also, he said that President Salva Kiir met the SSNLM commanders last week.

“After the President gave them his blessings now they are ready to pass out and then we will have two to three weeks to graduate them and integrate them to the organized force,” Zamoi stated.

The United Nations supported AU RTF comprise 5,000 soldiers drawn from the four countries affected by the LRA – Uganda, DRC, CAR and South Sudan. Its headquarters is in Yambio, and has other bases in Dungu town of Congo , Obo of CAR and Nzara in South Sudan.

Security situation continue to deteriorate in Western Equatoria and Yambio in particular where looting, abduction, and rape continue in the remote area. Also, it was reported that four civilians were killed last week by uniformed personnel.