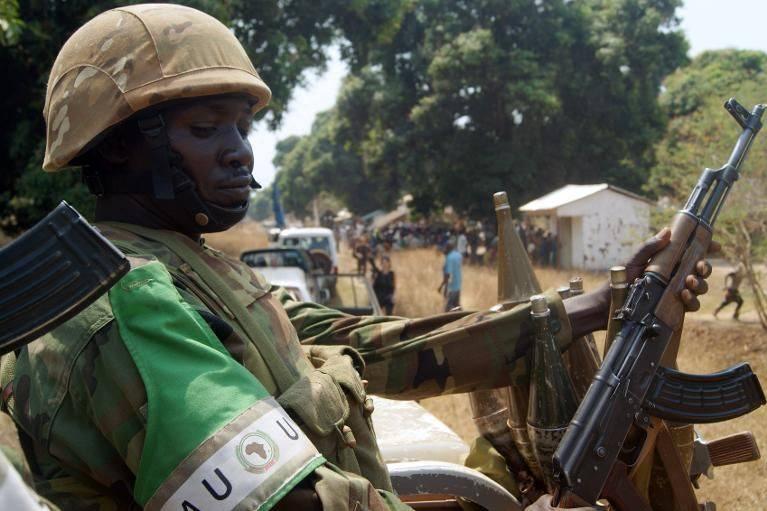 Nairobi (HAN) November 14.2016. Public Diplomacy & Regional Security News. The African Union has lashed the EU for saying it will pay Burundian peacekeepers in Somalia directly, rather than through their government, ostensibly to prevent the money being diverted to the regime in Bujumbura.

In a statement issued late on Friday after a meeting of its military operations co-ordination committee in Addis Ababa, the AU said it “strongly rejects” the EU’s decision to “differentiate its payment procedure” to the Burundian military contingent in Somalia.

Such payments are discriminatory, as Burundian troops are part of an overall AU deployment, it said, noting “the sacrifices being paid by the forces on the ground”.

It called on the EU “to urgently consider modalities for reversing this decision, which could have far-reaching negative consequences on Amisom operations and the overall security gains achieved in Somalia”.

The AU peacekeeping mission in Somalia (Amisom) was deployed to back Somalia’s internationally-backed administration in fighting the Shabaab jihadist militia.

The Shabaab was forced out of the capital, Mogadishu, five years ago but continues to attack military, government and civilian targets.

Amisom whose wages are paid by the EU, comprises 22 000 troops. Burundi, with 5 400 troops, is its second biggest contingent after Uganda.

Friday’s meeting in Addis, gathering military chiefs from countries providing troops for AMISOM, included Burundian General Prime Niyongabo, who had been on a swing through partner countries in a bid to gain support in the dispute with the EU.

The EU’s payment for the Burundian contingent amounts to $5.43m each month, but the bloc has refused for months to make this payment via Bujumbura.

No pay for months

The funds will be disbursed by the EU as soon as the AU finds a way to pay the troops directly, without having to go via the Burundian government, an EU diplomat told AFP.

The first vice president of Burundi, Gaston Sindimwo, has told AFP that the Burundian members of Amisom have received no pay for 10 months.

Blasting the EU stance as “part of (its) destabilisation of Burundi,” Sindimwo said he did not rule out Somalia’s withdrawal from AMISOM if the Europeans stood by their decision.

At the heart of the dispute, say analysts, is the EU’s concern that money intended for the troops could be diverted to other uses, easing the impact of international sanctions imposed on Burundi.

The EU – Burundi’s biggest foreign donor – suspended direct aid to the regime in March. It has earmarked 430 million euros from 2015 to 2020.

Burundi descended into violence in April 2015, over President Pierre Nkurunziza’s controversial decision to run for a third term – a vote he won in July.

Since then, investigators have pointed to what they describe as systematic violations of human rights and torture.

In September, an inquiry by the UN Human Rights Council warned Burundi was at risk of looming “genocide.”

Burundi suffered a brutal civil war from 1993 until 2006 between majority Hutus and minority Tutsis, which claimed an estimated 300 000 lives.