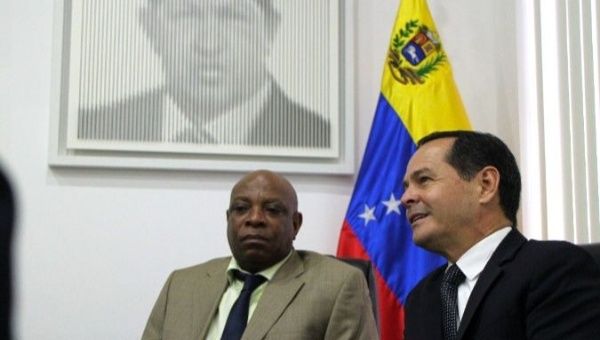 New York (HAN) February 5th, 2019. Public Diplomacy and International Security. The United Nations Security Council discussed the political crisis in Venezuela during an emergency meeting called by the United States, with the council’s African members pressing for a national dialogue and respect for Venezuelan sovereignty rather than the forced removal of President Nicolás Maduro.

The European Union statement issued late last week. “The EU strongly calls for the start of an immediate political process leading to free and credible elections, in conformity with the constitutional order,” said the European Union in its statement. “The EU fully supports the national assembly as the democratically elected institution whose powers need to be restored and respected.”

While the African countries, except Somalia and Chad, aligned with China and Russia, the UK, France and Canada are among those supporting Guaidó. The U.S. and a number of Western and Latin American countries have recognized a new government under Juan Guaidó, the national assembly leader who declared his own interim presidency

That led to a 9-4 vote on whether Venezuela even belonged on the Security Council agenda, with South Africa and Equatorial Guinea voting no alongside Russia and China. Côte d’Ivoire, the third African nation holding a current council seat, joined Indonesia in abstaining from the vote.

South Africa, which was quick to note that President Cyril Ramaphosa extended his congratulations to Maduro earlier this month on the basis of Venezuela’s self-determination in conducting its own elections.

“A founding principle of South Africa’s constitutional democracy, that we hold very dear, is the respect for the rule of law,” said Ambassador Jerry Matjila, the South African representative to the council. “We are therefore deeply concerned by what is a clear attempt, in Venezuela, to circumvent the country’s constitutional legal mechanisms which govern its elections.”

South Africa is firmly against any unconstitutional change of government in Venezuela, Matjila said, echoing the forceful Russian position that the Security Council should not be co-opted into an “unethical ploy.” Yet U.S. Secretary of State Mike Pompeo countered that both Russia and China were propping up the Maduro regime solely to recover billions of investment dollars that went to Venezuelan cronies.