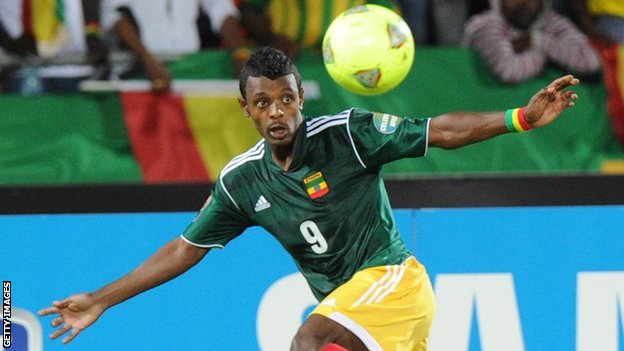 NAIROBI (HAN) June 4.2016. Public Diplomacy & Regional Security News. Two goals from Getaneh Kebede helped Ethiopia win 2-1 away to Lesotho in Group J, to boost their hopes of finishing as one of the best runners-up.

Meanwhile, Ghana went into their game away to Mauritius as favourites to win Group H even without captain and leading striker Asamoah Gyan, who has a thigh injury.

The Black Stars did not disappoint despite a cagey first half which ended without any goals.

Swansea’s Andre Ayew broke the deadlock in the 71st minute with a strike from close-range to relieve some of the tension.

The victory means that Ghana have qualified for their seventh successive Africa Cup of Nations finals since 2006.