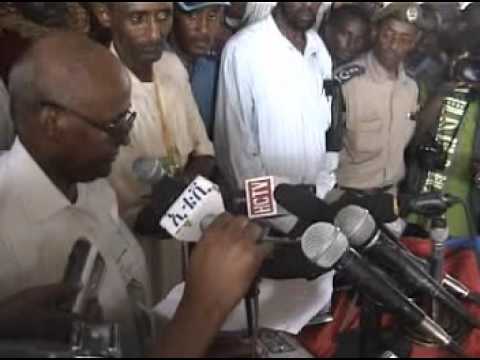 The spiritual leader of the Afar people said he supports the struggle being waged by the Ethiopian people to reclaim their rights.

Sultan Hanfare Alimirah told the press that the peop

le have opted to revolt due to the brutal oppression by the minority regime.

The Sultan said the people of Afar would soon launch their struggle against the regime as they were also equally oppressed as their Oromo and Amhara brothers by the ruthless regime.

Alimirah says the TPLF regime has caused untold misery on the people of Afar.

Sultan Almirah took over his role as the spiritual leader of the Afar upon the death of his father, Sultan Alimirah Hanfare, who was the Sultan of Afar from 1944 until his death in 2011. The late spiritual leader was famously quoted as saying: “Let alone Afaris, even their camels recognize the national flag of Ethiopia.”

The population of Afaris, who inhabit North East Ethiopia, is estimated to be nearly three million.