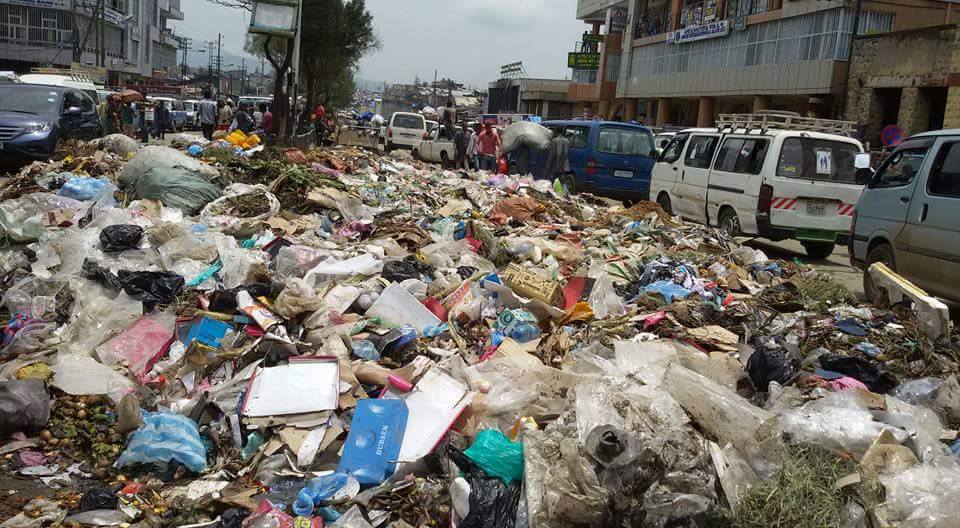 Since last week Addis has been full of dump in the city’s main streets for the past seven days. Having no place to dump the garbage’s Dump tracks that used to drop in sendafa  are also standing without work.

Mentioning as a major reason for the increasing garbage in the city the manager said that residents of sendafa refused and restricted not to dump any more garbage in the place. Although there is a newly build modern garbage recycling center in Sendafa But due to the response from the neighborhood it has now been a week since the center stopped operating.

Seven years ago the center has been introduced to the society by the government regarding its service. However the residents refused after it started operating because of the smell, the manager added.

Although the garbage of Addis used to be dumped in Repi , a former dump place  it is now closed once and for all replacing sendafa which started its operation befor 6 month.

The manager reported to Sheger Radio that a committee has been formed to resolve the current problem.