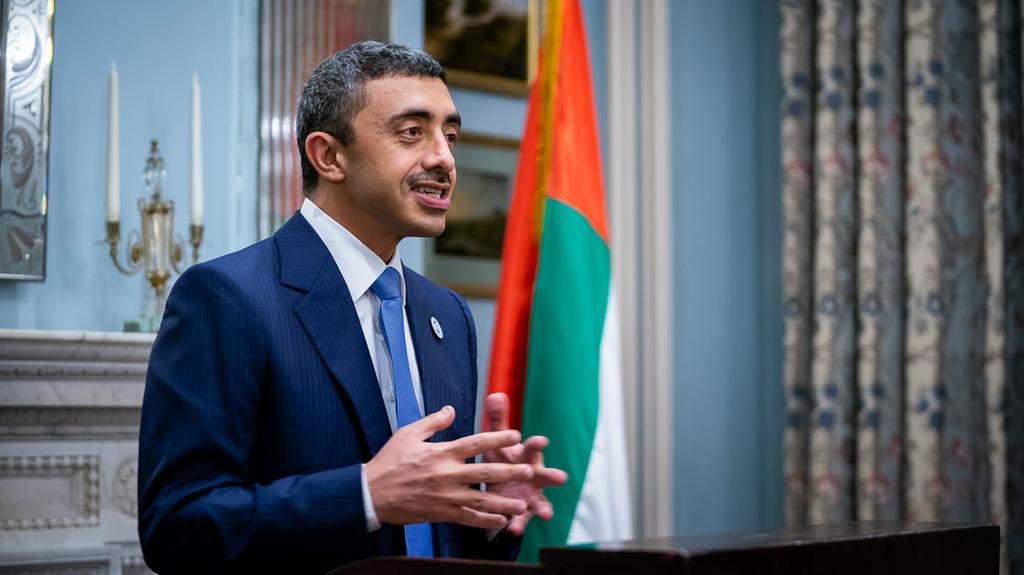 ABU DHABI, 22nd November 2020 – H.H. Sheikh Abdullah bin Zayed, Minister of Foreign Affairs and International Cooperation, expressed his concern over recent developments in Ethiopia, stressing the need to return to dialogue and implement the rule of law while expressing the UAE’s solidarity with the brotherly Ethiopian people and highlighting the link between security and stability in the Middle East region and the Horn of Africa.

H.H. Sheikh Abdullah indicated that the region is witnessing new opportunities that must be seized and built upon, including the peace process in Sudan and South Sudan.

Moreover, he stressed the need to mobilize all international and regional efforts and ensure the stability of the region and the central role of Ethiopia in this vision, as well as work with the African Union and other relevant institutions, indicating that the UAE has made many contacts with partners in Africa, the region, and the international community to put an end to the conflict by peaceful means and avoid escalation in light of the sensitive situation that the region is witnessing.

Sheikh Abdullah also indicated that Ethiopia is the key to security and stability in the Horn of Africa and the region, underscoring the importance of preserving the institutions of the Ethiopian state and the unity of the federal system.

He expressed his concern over continued human suffering in the region and the displacement of thousands of innocent people, especially children, women, and the elderly due to recent military clashes, which could lead to a rapid deterioration of the humanitarian situation.

Sheikh Abdullah affirmed the UAE’s support for a political solution and constructive dialogue in order to bring peace to Ethiopia, noting that the UAE would provide US$5 million through the World Food Programme and international organizations to help refugees affected by the humanitarian crisis. His Highness also noted the importance of adhering to the principle of non-interference in internal affairs.