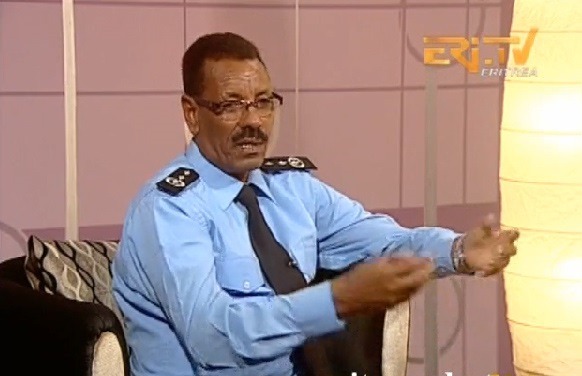 Asmara (HAN) August 18, 2015 – Public Diplomacy and Regional weekly Security Initiatives update.
A Twitter account meaning the “state of Eritrea” – Exiles working to criticize the government describe a litany of abuse both on and offline by users intent on silencing them.

The Article published by theGuardian, “From online trolling to death threats – the war to defend Eritrea’s reputation”

Daniel Mekonnen has been the target of online attacks from forces loyal to the Eritrean regime for over a decade, ranging from abusive emails to fully fledged death threats – one serious enough to warrant temporary police protection.

He says that the offensive started after he co-founded the Eritrean Movement for Democracy and Human Rights in 2004 – “the first diaspora based-movement to openly oppose the government”.

After living in exile for 12 years, the Eritrean lawyer and human rights activist has been marked as an “enemy number one” by the government because of his work exposing its brutality, he says.

The situation in Eritrea has been called into focus in recent months: in June, a UN investigation concluded that the government’s abuse of its citizens “may constitute crimes against humanity”, bringing the state’s secretive and totalitarian practices into the spotlight and drawing international criticism.
Though governments from Moscow to London have been accused of using devious means to manufacture support online, testimonies from Eritrean activists suggest pro-regime accounts are pushing abuse to extreme lengths.

Mekonnen says the threats against him intensified when he openly called for the international criminal court to investigate the regime, led by president Isias Afwerki.

A Twitter account called @HagerEritrea, meaning the “state of Eritrea” in Tigrinya, denounced Mekonnen and called on him to “be hunted for justice”. A few days later he was called a “criminal” who would “heave [sic] price for the crimes he committed against humanity.” The account’s bio claims that “Eritrean policies are the best in Africa.”
The tweets – along with rumours of other dangers amongst his network – were interpreted as a serious threat to his safety by the UN inquiry team, and he was put under temporary police protection in June.

UN investigators working on the Eritrean inquiry have also been placed under police guard after several were personally threatened by pro-regime activists in Geneva.

Today Mekonnen says he has a number he can call if he ever feels in danger – “a satisfactory arrangement” – but he would be more worried if he still lived in Africa. “They have limited capability here in Europe,” he says.

Standing up to abuse
Journalists who write critically about Eritrea say they are bombarded with abusive tweets, but it’s activists who bear the brunt of the online vitriol. Many say they are deluged with messages from nameless and faceless accounts, repeatedly pushing the same accusations.

Selam Kidane, an outspoken critic of the regime, has suffered this treatment since the early days of her activism in 2001. “First it was speculations about my identity and motives, then it moved to name calling and threats. Now it includes insults against my entire family,” she says.

“Recently, they started picking on my sister, at first by mistake because she shared the same name as another activist, but when they discovered she was my sister it got even worse” – her sister is not an activist.

Kidane too has received death threats and harassment over the phone, both of which she reported to the authorities. In the past she says she has tried to “stand up to the abuse” by blocking those responsible on Facebook and Twitter, but “the sheer volume makes it impossible”.

Feruz Werede, another human rights activist living in exile, describes a similar experience. On Facebook photos have been edited to “make me look bad”, and she’s received “explicit private messages”, she says.

Orchestrated campaign?
Dissent and criticism of the government is not possible inside Eritrea, where even the slightest whisper is stamped out quickly: the government has completely dismantled the independent press and it is the world’s most difficult place to connect to the internet.

As part of this lock-down on free speech, Werede is convinced that the online trolling is part of an orchestrated campaign by people “handpicked by the government” to counter criticism from abroad. “If I block one account, a different account with different name pops out and continues what the [first] blocked account started,” she says.

“What these trolls do is like a broken record, they will repeat almost the same thing again and again.”

Kidane believes that young pro-government activists are being trained up to challenge anti-Eritrean views. “They call it ‘challenges’, I call it cyber-bullying,” she says. “I’ve been called a ‘sellout’, a ‘political whore’ and an ‘ugly woman in search of attention’.” She says online accounts have also falsely claimed that her father and husband “are Ethiopians implicated in the mass murder of Eritreans”.

According to Werede, “99% of the accounts are nameless and faceless”, instead often appropriating the names of famous Eritreans.

Mekonnen’s threat also emerged from a faceless account, before being shared by Sophia Tesfamariam, an online commentator who the lawyer says has taken it upon herself to be a pro-government “spokesperson for the diaspora”.

“In the end they are trying to force me to quit,” says Mekonnen, who shows no signs of being cowed. “No one gives you your rights for free, you have to earn them.”