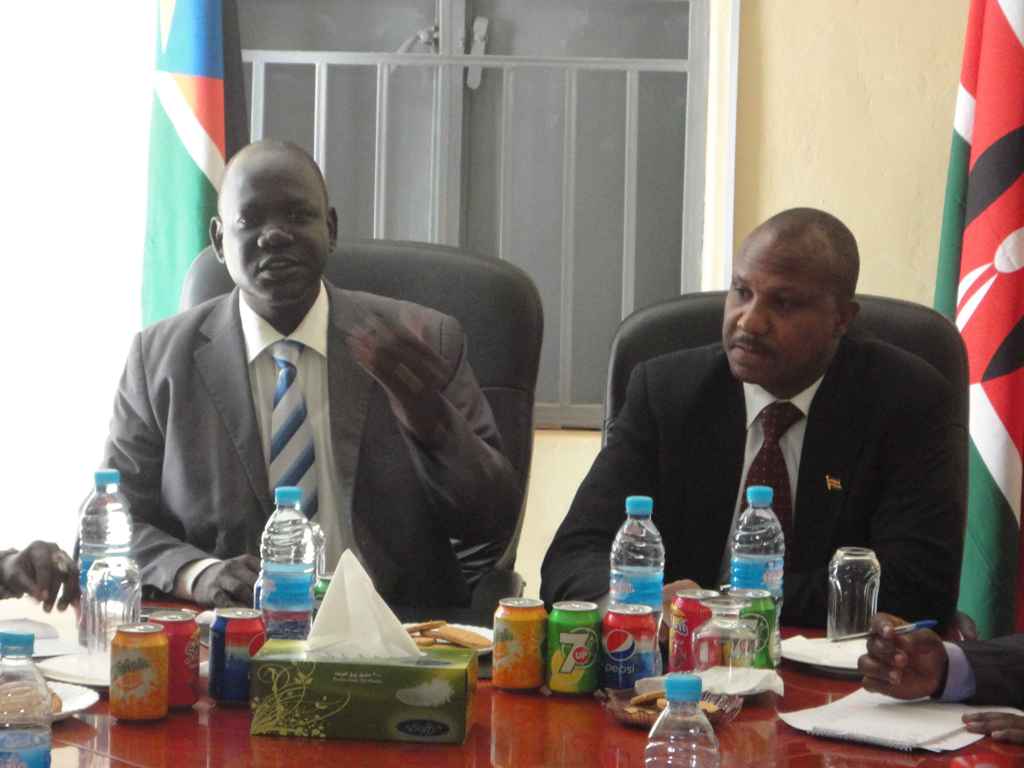 Juba (HAN) September 17, 2014 – Humanitarian Daily Security Briefing. The  government of South Sudan statement, officially published in several newspapers, ordered “all non-governmental organisations, private companies, banks, insurance companies, telecommunication companies, petroleum companies, hotels and lodges working in South Sudan,  to notify all the aliens working with them in all the positions to cease working as from 15th October.”
British Oxfam said the vast majority of its staff in the country were South Sudanese but there were “many foreigners in key roles”.

Helen Achiro Lotara, the under secretary at the labour ministry, told the BBC the aim was to ensure that 80% of managerial-level positions were held by locals.

She said all NGOs and private companies – including hotels and oil firms – should take the order seriously.

The Reverend Thon Moses Chol offers a prayer, acknowledging the hurt, the heartbreak and the victims, as well as the yearning for an end to this latest bout of killing.

South Sudan entered 2014 in chaos – the government blaming a coup, the rebels claiming an ethnic massacre was underway.  The only thing that everyone can agree on is that there is a massive humanitarian crisis.

South Sudan, which gained independence from Sudan in July 2011, is rich in oil, but following decades of civil war it one of the least developed regions in Africa. BBC, Sudan and HAN news reports