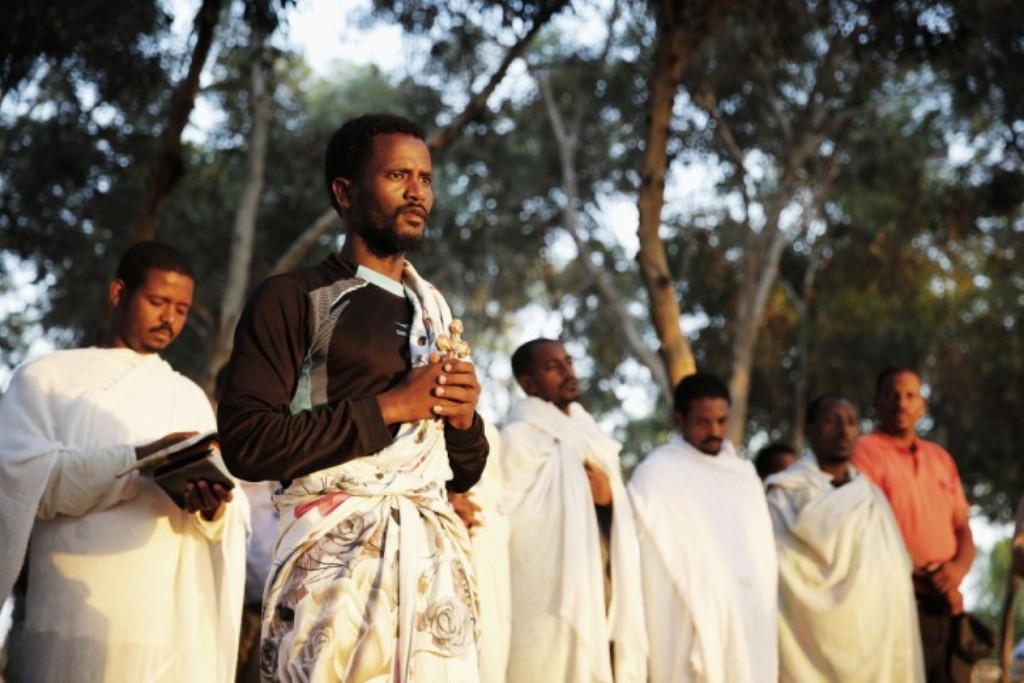 Geneva (HAN) August 29, 2014, Eritrea Humanitarian and regional security concerns. By, Ilan Lior, Haarets. A Swiss court recently permitted an Eritrean asylum seeker to enter Switzerland, in an effort to prevent the man from being held in an Israeli detention center.

Judge says petitioner ‘in genuine danger of being imprisoned or held indefinitely in what is called an open facility’ in Israel.

A three-judge panel of the Swiss Federal Administrative Court accepted the man’s appeal against a Swiss government decision to keep him out of the country. He appealed after he was ordered to report to the Holot detention center in the south, for an indefinite period.

“The facts of the case lead to the conclusion that the petitioner is in genuine danger of being imprisoned or held indefinitely in what is called an open facility,” the judges ruled.

In his appeal, which he filed with the aid of his sister, who has gained refugee status in Switzerland, he said he feared Israel would deport him to Eritrea, since his Israeli visa was invalidated by the order to report to Holot.
The court said people should generally seek protection from their country of residence, but in exceptional cases when that country cannot provide adequate protection, Switzerland can permit asylum seekers to enter. The court ruled that the Swiss authorities must allow the man entry so as to complete the asylum-seeking process.

“We have to assume in this case that he would be held for an undefined period in Holot,” the ruling said.

“We must treat the petitioner’s detention in a facility that he can only leave with permission, that’s in the middle of the Negev desert, 65 kilometers from the next city and without any possibility of working, as a step of separation and deportation. Beyond that, there is a risk that he would be deported to a third country like Uganda, where it’s not clear what would happen to the petitioner. Under these circumstances, it is not reasonable to expect the petitioner to remain in Israel and seek protection there.”

The Israel Prison Service said Wednesday that about 1,800 asylum seekers from Sudan and Eritrea are being held at Holot, while an additional 900 are held in Saharonim Prison. Holot can hold up to 3,300 people, but it has not come close to that number since the facility was built about eight months ago. The peak was 2,400 people about two months ago.

There are two wings that are fully built but have yet to open. Hundreds of the people who have been told they must stay in Holot were taken into custody two months ago because they attempted to cross the border into Egypt. Since the facility was opened, about half of the asylum seekers ordered to do so by Israel’s population authority have done so.

Many have chosen to leave Israel and return to their homeland or go to a third country rather than stay in the detention center, and Israel has provided them with a grant of $3,500 each.