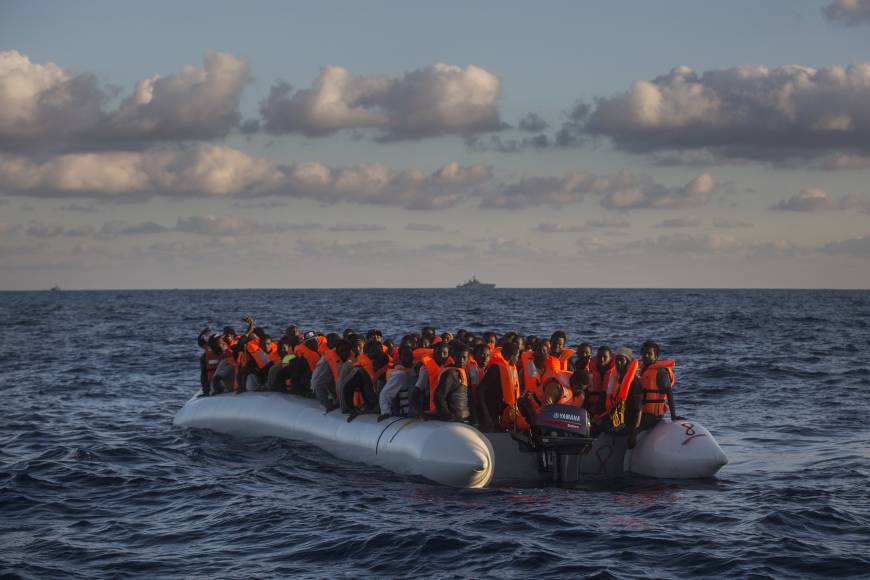 TRIPOLI (HAN) July 25.2016. Public Diplomacy & Regional Security News. Volunteers have recovered the bodies of 41 presumed migrants that washed up on a Libyan beach, an official from the coastal city of Sabratha said on Sunday.

The bodies, found on Saturday on the city’s beach west of the capital Tripoli, were taken to the morgue for DNA testing before being buried, the official said.

“We think that these are people who drowned five or six days ago,” added the official, who did not wish to be identified.

He said that normally one or two bodies a day were found and that 41 in just one day is “an exceptionally high number”.

The group of volunteers who found the bodies was trained by Sabratha city council in mid-July to look for victims of people smugglers, the official said.

Illegal migration from Libya booms in the summer months when the Mediterranean is generally calm and traffickers pack unsafe boats with migrants desperate to start a new life in Europe.

People smugglers have taken advantage of the chaos gripping Libya since the 2011 uprising that toppled and killed dictator Moammer Gadhafi to boost their lucrative business.

They cram migrants into boats that are small and unsafe for the perilous journey to Italy just 300 km (190 miles) from Libya’s shores.

Thousands of migrants try each year to make the sea crossing but many drown.

More than 10,000 migrants bound for Europe, mostly sub-Saharan Africans, have died or gone missing in the Mediterranean since 2014, according to the United Nations High Commissioner for Refugees.