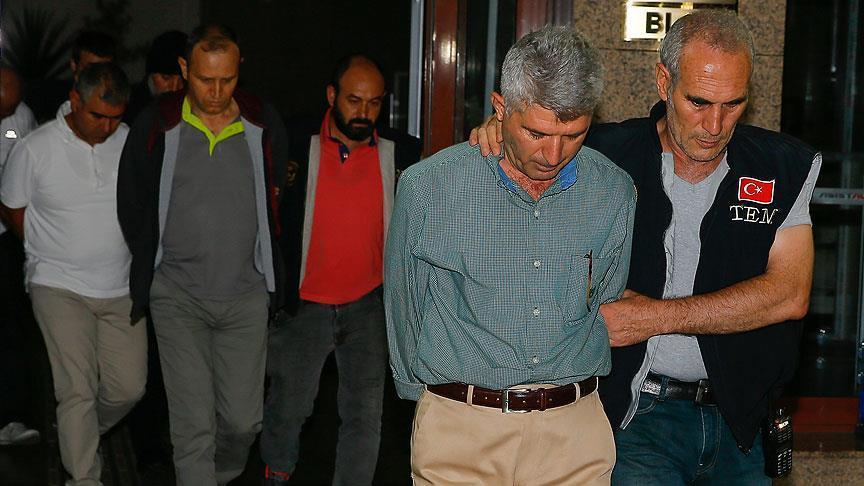 TRABZON By Asena Akcay. More than 100 army generals and admirals have been detained so far in connection with Friday’s failed coup attempt in Turkey, according to data compiled by Anadolu Agency.

Of the 112 generals and admirals, 50 have been remanded in custody while others are still under investigation.

The list includes Second Army Commander Adem Huduti who was sent back into custody Monday, and former Air Forces Commander Akin Ozturk, who is still being interrogated.

The deadly coup attempt happened late on Friday when rogue elements of the Turkish military attempted to overthrow the country’s democratically elected government.

At least 208 people, including members of the security forces and civilians, were martyred in Istanbul and Ankara and nearly 1,500 others wounded as they protested against the coup.

The government has said the attempted coup was organized by followers of U.S.-based preacher Fetullah Gulen, who is accused of a long-running campaign to overthrow the state through supporters within the Turkish state, particularly the military, police and judiciary, forming the so-called ‘parallel state’.

*Hale Turkes contributed to this report from Ankara.