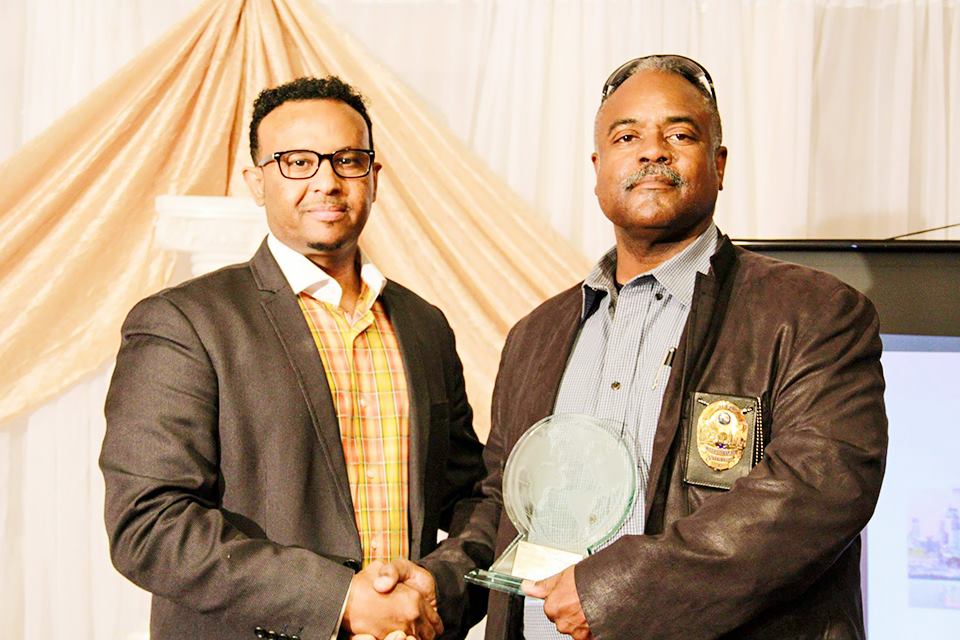 ” On behalf of the Somali-American community I thanked and presented Chief John Harrington of Minneapolis Metro Transit Police an award for his leadership, service and commitment for our community”

The Chief had recently visited Somalia for establishing relations between Somali and Minnesota law enforcement agencies, this is a milestone for the Somali Police force to get the necessary tools and training they need in order to protect and serve. Special gratitude and appreciation to all brave men and women Police officers and the Somali-American Police Association, they represent the best of our community.
The Somali American community are proud the leadership and commitment for Sergeant Waheid Ahmed Siraad for his patriotic and exemplary service.