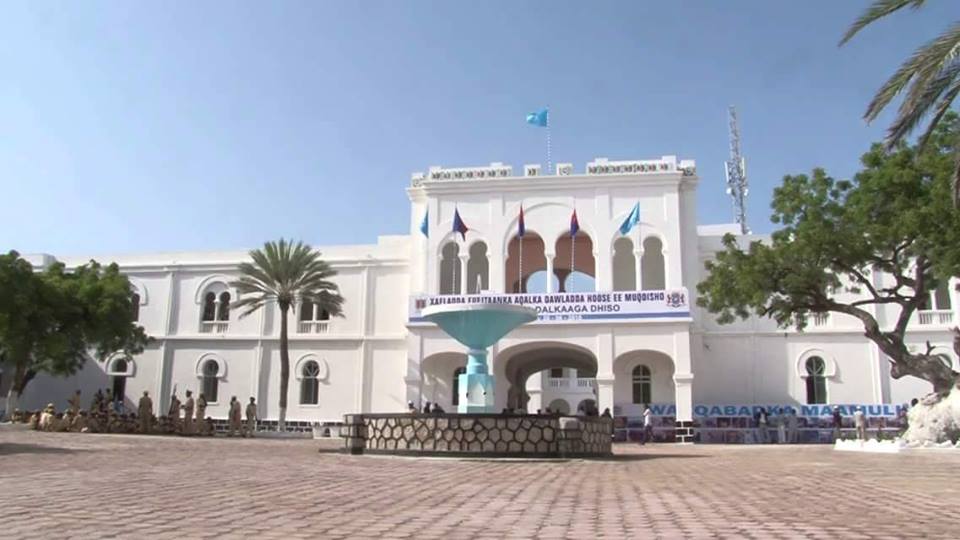 Somalia (HAN) August 8, 2015 – Public Diplomacy and Regional Security Initiative News. By, Dr. Abdisalam Hadliye Omar. It is always difficult to lose someone. Whether is a family member, friend or a nation losing a son or daughter engaged in active public duty, the pain of loss touches us all. Last Saturday afternoon the body of Zhang Nan, who was killed in the terrorists attack on Jazeera Hotel in the Somali capital, Mogadishu where the Chinese Embassy was based, was returned home to rest. For us all in Somalia, we followed with great sadness. Mr. Nan Zhang had died on our soil and two of his colleagues were injured at the hands of terrorists whilst serving a cause that was most worthy.

The United States government has donated $1.5 million to help efforts to rebuild Somalia’s police force to maintain security for the horn of Africa nation which is facing a stubborn deadly insurgency by the Al-Qaeda linked group of Al-Shabaab

The death of Zhang Nan was an unforgivable tragedy carried out by those who fraudulently claim to be representing Islam but are nothing more than evil terrorists transgressing against both the people of Somalia and their beautiful religion.

The terrorist group AlShabaab betrays all Islamic teachings which prohibit violence and promotes peace, stability and unity among people regardless of their differences. These are the values the terrorists, whom our nation is defeating with the assistance of the African Union Peace Keeping Mission in Somalia (AMISOM), betray with every opportunistic act of mindless violence against innocent civilians, private property and Government employees.
The Government of Somalia, with its partners including the Government of China, have been working together to rebuild a nation once labelled the worst failed state in the world.

Today, that label could not be further from the truth. While it is true that we are still fighting the last pockets of terrorism, the fact is that we are winning. Today, Alshabaab is militarily defeated and they now resort to carrying out opportunistic attacks against innocent civilians, government employees and private property. The Somali National army and AMISOM are working tirelessly to rid this scourge of evil from Somalia and the wider Horn of Africa where they have also caused much misery with their mindless violence against innocent shoppers, students and citizens getting on with the daily lives.

The Government of Somalia is working with regional partners and organisations as well as the international community, including the Government of China, to rebuild the nation. This is not an easy task but today normality is returning to our country. Schools are opening, confidence is returning to the economy, the Diaspora are returning to work, invest and rebuild our public and private institutions and our state building process is taking shape.

Turning around a country like Somalia which experienced a catastrophic near quarter century civil war is never easy. The challenges are, and have been, enormous at times. However, with patience, perseverance, sacrifice and the assistance and support of valuable partner nations like China, we are slowly turning the corner. This was evidenced and communicated to the wider world at the High Level Partnership Forum meeting held in Mogadishu last week.

Terrorism is an international phenomenon which feeds of poverty and the exploitation of young people and marginalised communities. While the impact of terrorism is painfully obvious globally at present, it is crucial to remember that we can, and must, defeat it to create a safer, tolerant and prosperous world. The best strategy to annihilate the last remaining pockets of terrorism in Somalia is to confront the evil militarily as we are doing currently and couple this with sustainable development to offer the exploited operatives and their communities alternative livelihoods so that they may also pursue meaningful lives free of terrorism. Only by doing this effectively can we win the war against terrorism militarily and, more importantly, ideologically.

The terrorist attack which killed Mr. Zhang Nan last week was aimed at frightening innocent civilians and weakening the ties between the progressing Somali State and its partners, like China. However, what the short sighted terrorists do not understand, and can never appreciate, is that Somalia’s ties with China are historical and that both our respective Governments are committed to strengthening this further for the empowerment and progress of our two people’s.

China has always played an important role in the development of Somalia since independence and it continues to do this today. The Chinese Embassy in Mogadishu has been relocated after the attack on their base at the Jazeera hotel but it is still operational. Jazeera hotel, which suffered some structural damage, is already in the process of been rebuilt and still houses many tenants. This spirit of defiance, effective partnership and commitment to defeating terrorism is what will ensure Somalia develops despite the evil wishes of those few remaining terrorists who seek to destroy our way of life and drive away our valuable development partners such as the Government of China.

I am certain that, by doubling our efforts at defeating terrorism in Somalia as we intend, we will prevail. The Government of Somalia is determined to never be held ransom by terrorist thugs. In this regard, we will continue to forge strong relations with our partner nations such as China, strengthen our public institutions and work towards providing the best opportunities for our people.

As Somalia, its Government and people continue on their forward march to peace, progresses and prosperity, we look forward to welcoming foreign investors, tourists and students once again to our beautiful country. This progress will certainly honour the memory and sacrifice of the honourable Somali people who have been victims of terrorism but have never given up and the courageous Zhang Nan who paid the ultimate price whilst serving his nation in Somalia

Dr.Abdusalam Hadliye Omer is the Minister for Foreign Affairs and Investment Promotion of the Federal Republic of Somalia.