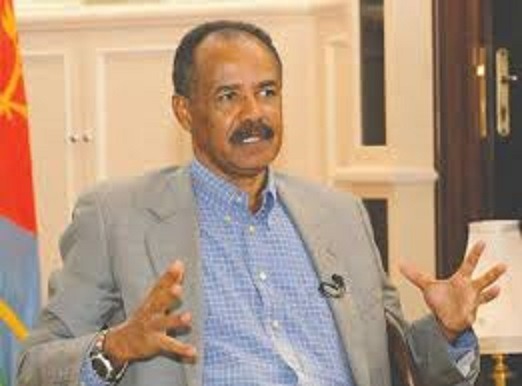 Asmara (HAN) May 19, 2015 – Public Diplomacy and Regional Security News. By Abosede Musari -ngrguardiannews- He was an innocuous Tunisian plying his fruit trade, until Mohammed Bouazizi, was push to the wall by a government that did not consider his existence.
After several attempts to eke out a living through the sale of fruits, using his cart, were thwarted by council official, who incessantly confiscate his wares, he was forced to take a drastic action he deemed fit- dousing himself with gasoline, igniting it to herald a conflagration that was to consume powerful people within his country and beyond.

The wave of violence and uprising that sprang across North Africa since 2011 has sure affected the continent in no small measure. The uprising that started with online revolt of youths in Tunisia, spreading into Egypt and Libya remains an event that Africa as a whole, will not forget in a hurry.

What began as a genuine revolt against sit-tight African leaders, later festering into full-scale wars in Egypt and Libya, saw the end of the Libyan leader of 32 years, Muammar Gaddafi. The revolution that Tunisia seems to be the only beneficiary, neighbouring countries of Egypt and Libya are yet to fully recover.

Though Egypt managed to install a composed government after the whole episode, Libya is yet to recover as the crisis of 2011 seems to have snowballed into full scale terrorism. The war-torn country now has two parallel ‘governments’- the genuine one embattled in the coastal city of Tobruk, while the parallel government supported by militia runs its affairs in Tripoli.

The experience in Libya has been a nightmare for the whole of Africa, as militias and rebels across the belt from Mali to Nigeria, to Somalia, Sudan and South Sudan are believed to be fed with small arms and light weapons from the conflicts in Libya.
Egypt has also been gravely affected by the spate of terrorism in Libya, having 21 of its Christian citizens beheaded on a Libyan beach in February. 30 Ethiopian Christians were beheaded by the terrorists loyal to the Islamic State. In a desperate effort to have a global spread, terrorist groups are pledging allegiance to ISIS across the world and Africa, Boko Haram inclusive.

Though the Boko Haram sect started violence in Nigeria in 2009, it pledged allegiance to the ISIS group originally based in Syria and Iraq, in early 2015. Boko Haram’s operations in North East Nigeria have left about 15,000 people-men, women and children dead. Security personnel have also fallen victim as the terrorists invade their bases and overrun police stations often. About 1.5 million Nigerians have become refugees in neighbouring Chad, Niger and Cameroon.

Those who were not fortunate to flee the attacks were taken hostage by the terrorists. Nearly 700 of them, women and children were freed in the last two weeks by Nigeria’s security forces with the help of the African Union Multinational Task Force formed from countries such as Nigeria, Cameroon, Niger, Chad and Benin.

Since the formation of the Task Force in January, Nigeria has witnessed tremendous success in its fight against the terrorists, most of who are now on the run. Nigeria is still hopeful to find the missing over 200 Chibok girls who were kidnapped by the terrorists more than a year ago from the North Eastern town of Chibok for daring to obtain formal education.

Nigeria’s success story, according to the Army, is traceable to the acquired equipment in fighting the insurgents, as well as the help of the Joint Task Force set up by the AU.

Though the war with Boko Haram in Nigeria is yet to end, the achievements by the country have however formed the basis for recent calls by the Egyptian President, Abdel Fattah el-Sisi, for a similar coalition of countries in the Arab League to unite and fight ISIS in North Africa.

The Egyptian President strongly believes that if Nigeria can defeat Boko Haram, North Africa can also defeat ISIS if a strong force can be formed within the region.

In February, El-Sisi called for a United Arab Front to combat ISIS terrorists noting that “The need for a Unified Arab Force is growing and becoming more pressing every day,” in a televised speech. Currently, Egypt depends on Jordan and the United Arab Emirates, who have offered military assistance against ISIS in Libya, but el-Sisi believes this is not enough as he called on the rest of Africa and the Arab countries to assist. IHe is also expecting bigger countries such as the United States to help in terms of equipment and other resources.

The calls by el-Sisi have been fueled by the gruesome beheading of 21 Coptic Christians of Egyptian nationality by ISIS in Libya. After initiating a series of airstrikes targeting ISIS terrorists and bases in Libya, Egypt called for help, as it also had to battle Sinai-based jihadists who are affiliated to ISIS and are committed to escalating a protracted insurgency in the Peninsula.

Egyptian Ambassador to Nigeria, Ashraf Salama ,who reiterated his president’s call in Abuja, stated that all hands are needed to rid the region of terrorism. The ambassador noted that it will be good for the African Union to also help because the wave of terrorism is sweeping across Africa; and only a concerted and unified effort can stamp it out.

According to him, his country is seeking the help of Nigeria and the rest of Africa because, though Egypt and Libya are to the north, they are very close to sub-Saharan Africa; and with terrorism spreading like wild fire, no nation can afford to shut its eyes to the peril of its neighbours because terrorism has no borders and can reach any length, if not curtailed.

This statement was validated by the recent attacks in the Philipines reportedly by Islamic militias, where the UN Refugee Agency (UNHCR) reported that more than 120,000 people have fled their homes in southern Philippines since fighting broke out between government troops and Islamic militants in late January.

“UNHCR is concerned about the safety of civilians as the conflict spreads into local villages,” spokesman Babar Baloch had said.

Currently, the United States is taking steps to handle issues regarding the spread of ISIS in Africa through plans to stop the sources of finance to the terrorist group. But El-Sisi thinks that only dialogue and peace talks can not solve the problem-it has to be combined with military force as the Nigerian experience has shown.

In March, the US, in coalition with Italy and Saudi Arabia agreed on Action Plan to Combat ISIL’s Financial Networks. A statement from the US Department of State indicated that the inaugural meeting of the Counter-ISIL Finance Group (CIFG) was held in Rome, Italy with representatives from 26 countries and several multilateral organizations agreeing on an Action Plan to further their understanding of ISIL’s financial and economic activities, share relevant information, and develop and coordinate efforts to combat ISIL’s financial activities.

The CIFG is expected to meet regularly to consult on efforts to counter ISIL’s financial activities and economic sustainment. With the next meeting scheduled for later this month, The CIFG Action Plan is aimed at preventing ISIL’s use of the international financial system, including unregulated money remitters; counter ISIL’s extortion and exploitation of economic assets and resources — such as cash, oil, agricultural goods, cultural property, and other economic commodities — that transit, enter, or are derived from areas in which ISIL operates; denying ISIL funding from abroad, including from external donors, foreign terrorist fighters, and kidnapping for ransom; and preventing ISIL from providing financial or material support to foreign affiliates in an effort to expand its global ambitions. In addition, the CIFG will promote the implementation of United Nations Security Council Resolutions specifically targeted at ISIL and other al-Qaida associated groups in Iraq and Syria.

This exchange provides opportunities to enhance international cooperation to counter violent extremism through substantive discussions between the participants and U.S. officials, private sector messaging and branding experts, and non-governmental and community actors. Through meetings with leading technology and communications companies, participants will examine ways to strengthen counterterrorism communication activities and associated programs.

While not rejecting these options, el-Sisi had noted in an interview in March that the embargo on the sale of equipment to Egypt by the US gives the impression it had abandoned Egypt. It would be recalled that Nigeria also had this experience in its fight against terrorism when the US refused to sell weapons to it because of fear of human rights violation.

“The region is facing very tough circumstances now. The public opinion wants to see a big response from capable countries – countries that are able to provide assistance to it. It is very important for the United States to understand that our need for the weapons and for the equipment is dire, especially at the time when Egyptians feel they are fighting terrorism”, el-Sisi said.