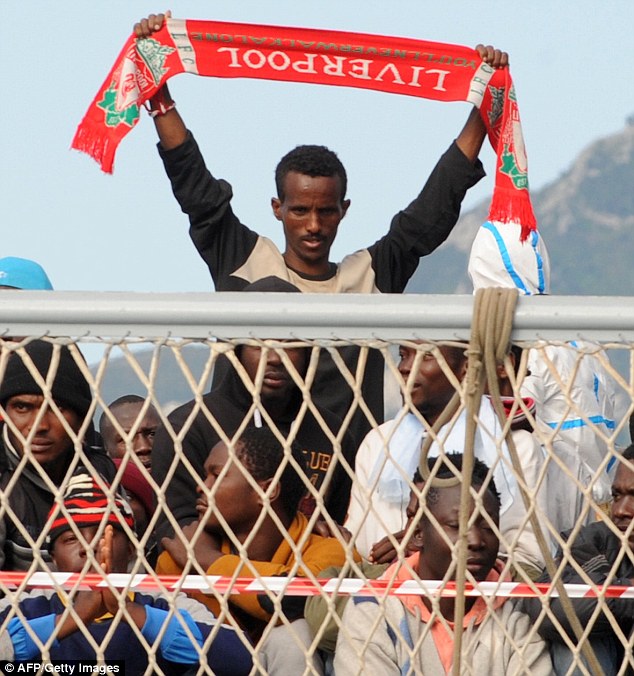 The Save the Children aid group reported another Mediterranean migrant tragedy Tuesday, with survivors saying “dozens” of their fellow passengers fell out of their rubber boat and likely drowned as a rescue vessel neared.

Save the Children’s Giovanna di Benedetto said from Catania, Sicily, that the exact toll wasn’t known. But she said that survivors, in their first interviews with aid officials once they reached shore, reported that many people fell into the sea and couldn’t swim.

The incident is believed to have occurred on Sunday in the sea between Libya and Sicily when a commercial vessel, the Zeran, approached to rescue the migrant boat. The Zeran arrived in Catania on Tuesday and the survivors disembarked.

The weekend saw a dramatic increase in rescues as smugglers in Libya took advantage of calm seas and warm weather to send thousands of would-be refugees out into the Mediterranean in overloaded rubber boats and fishing vessels. The Coast Guard reported rescuing nearly 7,000 in the three days to Sunday.

The deaths, if confirmed, come on top of the estimated 800 migrants who drowned last month when their boat capsized off Libya with hundreds of passengers locked in the hold by smugglers. A few days earlier, a further 400 people were feared drowned in another capsizing. After the deaths, the European Union held an emergency summit and agreed to contribute more boats and patrol aircraft to Mediterranean rescue efforts.

Even with the increased EU response, commercial cargo ships are increasingly being called on by Italy’s coast guard to respond to migrants in need, as required by the law of the sea.

Catania prosecutor Giovanni Salvi complained last month that sometimes these commercial crews don’t know how to conduct rescues and that lives can be lost when migrants suddenly shift places on their unseaworthy boats trying to get off first.

Salvi later backtracked and praised the work and commitment of the commercial vessel King Jacob, which had come to the aid of the boat where the 800 passengers were trapped in the hull and that capsized during the rescue.

In addition to commercial vessels, aid groups are pitching in: The Phoenix, a 130-foot refitted yacht, arrived in Pozzallo, Sicily, on Tuesday with 369 mostly Eritrean migrants who were rescued by the crew of the Migrant Offshore Aid Station.

MOAS was founded in 2013 by a Maltese-based American-Italian family and now works with Italian search and rescue authorities to locate and provide first aid to migrants in need. The 20-member crew includes a team from Doctors Without Borders. Globalnews