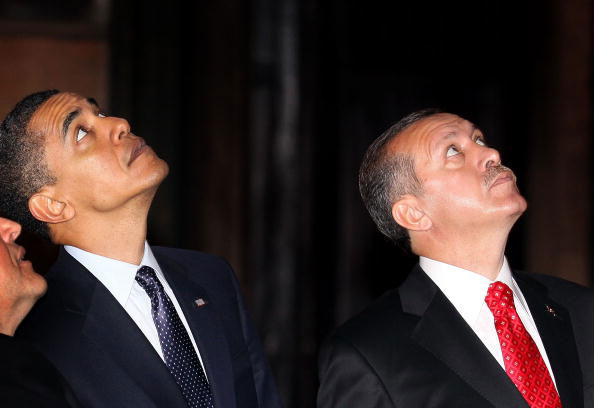 “If you stay silent when faced with an incident like this, and don’t make a statement, the world will stay silent towards you,” Erdogan said during a state visit to Mexico on Thursday, according to Al Jazeera. “I ask Mr. Obama, where are you, Mr. President?”

The Turkish leader’s comments came after widespread concern that Tuesday’s shooting, which police are investigating as a possible hate crime, wasn’t being treated as seriously because of the victims’ religion.

The three American Muslim victims are Deah Barakat, 23, Yusor Mohammad Abu-Salha, 21, and Razan Mohammad Abu-Salha. According to sources,  they were believed to have had an ongoing parking dispute with the man accused of killing them, but their friends and family argue that Craig Stephen Hicks’s religious intolerance ultimately led him to kill.

President Obama had addressed the shootings, releasing a statement that called the deaths “brutal and outrageous.” These comments were quickly portrayed by Turkey’s pro-government media as being linked to Erdogan’s outrage: