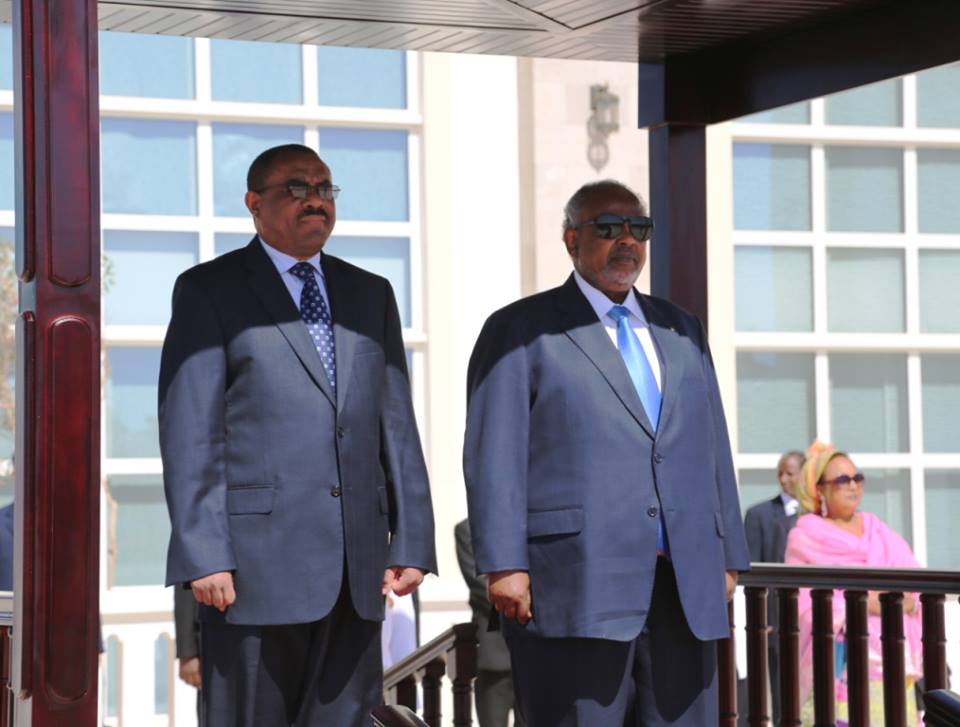 “We agreed that the sanction will remain in effect on Eritrea,” Prime Minister Hailemariam Desalegn said.

For his part, Desalegn, who arrived in Djibouti earlier Saturday on a visit for the Horn of African nation, said the two countries will stand together to defend their borders.

“Ethiopia is ready to defend and safeguard Ethio-Djibouti common borders,” he said. “Our security officials will discuss on this issue and map out common stand.”

Tension has been high between Eritrea and both Djibouti and Ethiopia over their border conflicts.

According to the Anadolu Agency, the Ethiopian Premier said

“this is documented by the UN Security Council Team of Investigations, which has proved the destructive role of the Eritrean government and imposed sanctions on Eritrea.”

The two leaders have reiterated cooperation to resolve regional conflicts, particularly in Somalia and South Sudan.

“We work closely to prevent regional challenges as we are in a volatile region in which ensuring peace and security is a challenge,” Desalegn said.

The Djiboutian president, for his part, said that his country would continue its role in the fight against the Somali Al-Shabaab militant group.

“Djibouti will continue its involvement in Somalia and continue the fight against Al-Shabaab in collaboration with Ethiopia. Djibouti also provides support to  AMISOM,” he said.

“We hope that the warring parties in South Sudan will reach agreement,” he added.