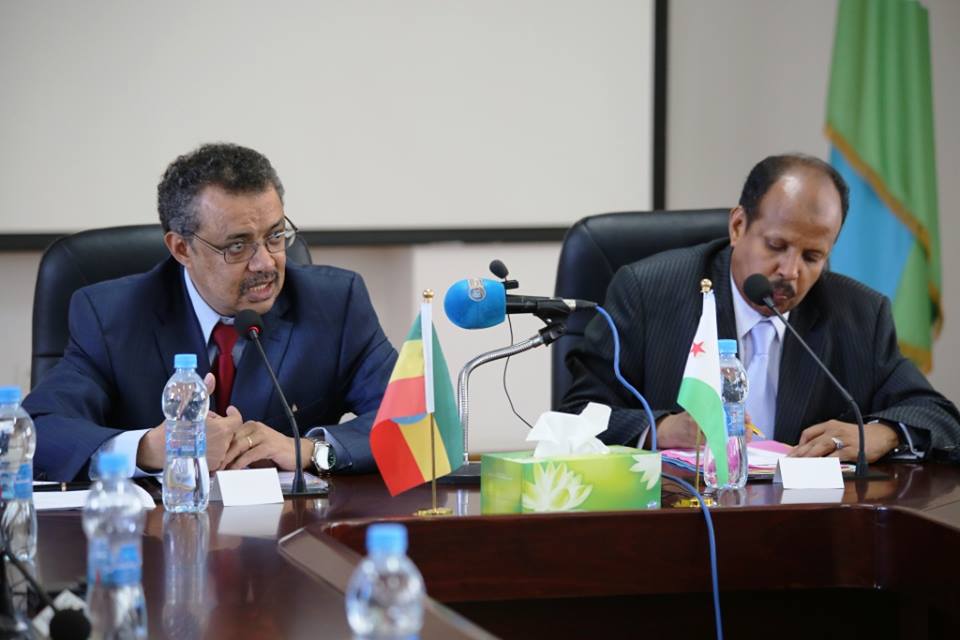 The three committees are,  the political and security committee, the trade and economic committee and the port and transport committee.

The Ethio-Djibouti Joint Ministerial meeting started in Djibouti with Ethiopian Foreign Minister Dr. Tedros, leading a high level delegation including Minister of Finance and Economic Development, Sufian Ahmed; Minister of Water, Irrigation and Energy, Alemayehu Tegunu; Minister of Transport, Workneh Gebeyehu; and other seniors government officials. The Djibouti delegation was headed by Mahamoud Ali Youssouf, Foreign Minister of Djibouti. Ambassadors and other experts from both countries attended. In his opening remarks, Dr. Tedros emphasized the long and strong brotherly relations between the two countries and their shared insight to realize economic integration in the region. He extended appreciation on behalf of the government of Ethiopia to Djibouti for the close collaboration achieved in numerous areas, underlining that Ethiopia attached a great deal of importance to the relationship between the two countries.

He said this “Joint Ministerial Commission meeting is a historic one since it further advances the ties between the two countries to a higher level.” Dr. Tedros n noted that the region was now overcoming its challenges and starting to enjoy stability and move into an economic revival. He said realization of regional economic integration included continuing the momentum of discussions between countries in the region and indentifying the basic areas for intervention.

Djibouti’s Foreign Minister, Mahamoud Ali Youssouf, agreed with Dr. Tedros that Ethiopia and Djibouti could now move to a higher level to improve what had been achieved so far by the two countries. He said the goals of economic integration goals could be developed b y successfully addressing small challenges and stated that he believed almost all counties in the region were working to make the integration agenda a success.

At the conclusion of the Joint Ministerial Commission, Tedros Adhanom Ghebreyesus underlined need to prepare implementation matrix to ensure effective follow up of agreed points