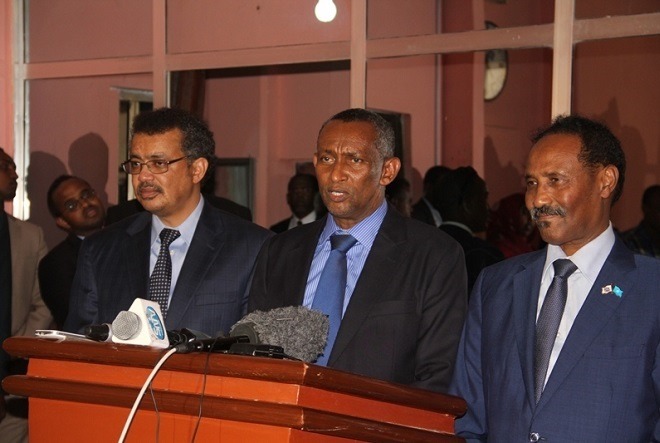 Foreign ministers of Kenya, Uganda, Ethiopia, and Djibouti are scheduled to attend the Saturday summit, while Sudan and South Sudan are expected to send representatives.

Somali National army (SNA) and security forces are put large parts of the capital Mogadishu under lock down Friday ahead of the first meeting of a regional east African trade bloc in the war-torn nation for over two decades. “Security has been tightened because of the IGAD (Intergovernmental Authority on Development) delegation,” said Daud Aweys, spokesman for the presidential palace, as representatives began to arrive for one of the largest and highest profile meetings seen in Mogadishu for years. Ministers from Djibouti, Ethiopia, Kenya and Uganda — who have contributed troops to the 22,000-strong African Union force in Somalia — are expected at Saturday’s IGAD talks. Sudan and South Sudan are also believed to be sending representatives.

Dozens of heavily armed soldiers and police patrolled the streets, where Al-Qaida-affiliated Al-Shabaab militants regularly carry out bombings and killings.