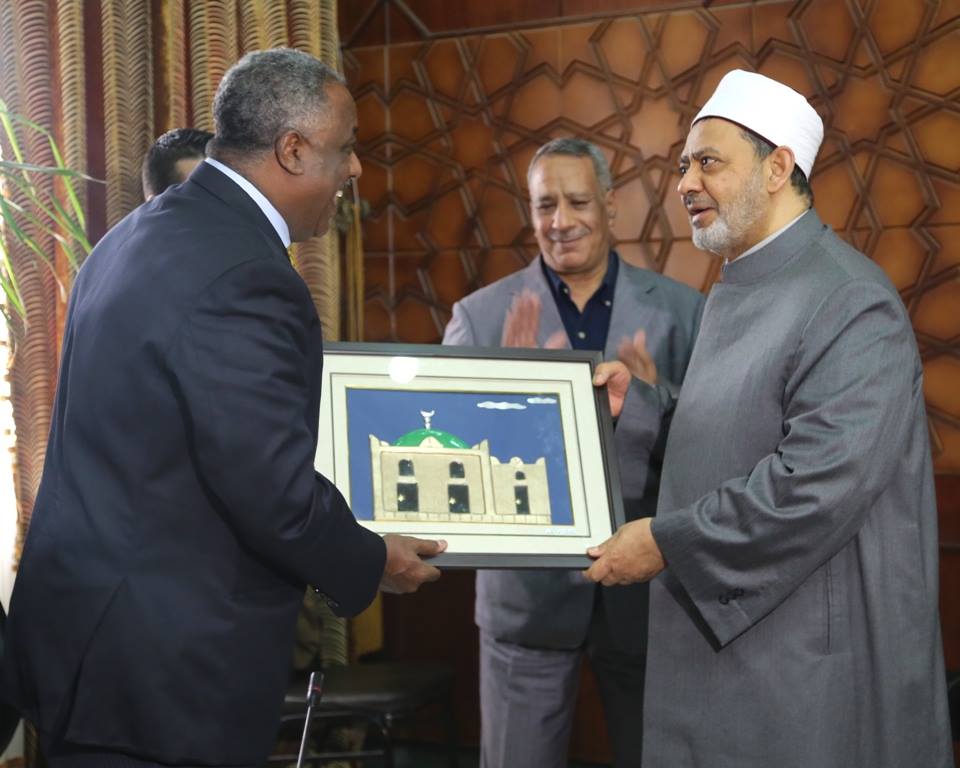 Cairo (HAN) December 18, 2014 – Public Diplomacy and Regional religious Security news. The Ethiopian Speaker of the House of People’s Representative ,Honorable Abadula Gemeda handing over a souvenir of the Nejashi Mosque to Dr. Ahmed Al Tayeb on behalf of the Ethiopian Public Diplomacy Team.

The Egyptian Mufti Dr. Ahmed Al Tayeb said Egyptians are certain that Ethiopians would not be happy whatever harm that may come to Egypt .
The Egyptian Dr. Ahmed Al Tayeb said Ethiopia and  Egypt share long history of deep religious and cultural ties .He noted that Ethiopia is the first country in the world that gave refuge to early Muslims saving them from persecution . He also highlighted the deep historical ,cultural and religious ties between the two peoples of Ethiopia and  Egypt.

According to one of the Ethiopian travelers with public diplomacy group, “in Ethiopia (Axum, Abyssinia and Harar) the Holy land of Africa ,Home of the Christian and the Muslim. We look greater  when we stand together”.