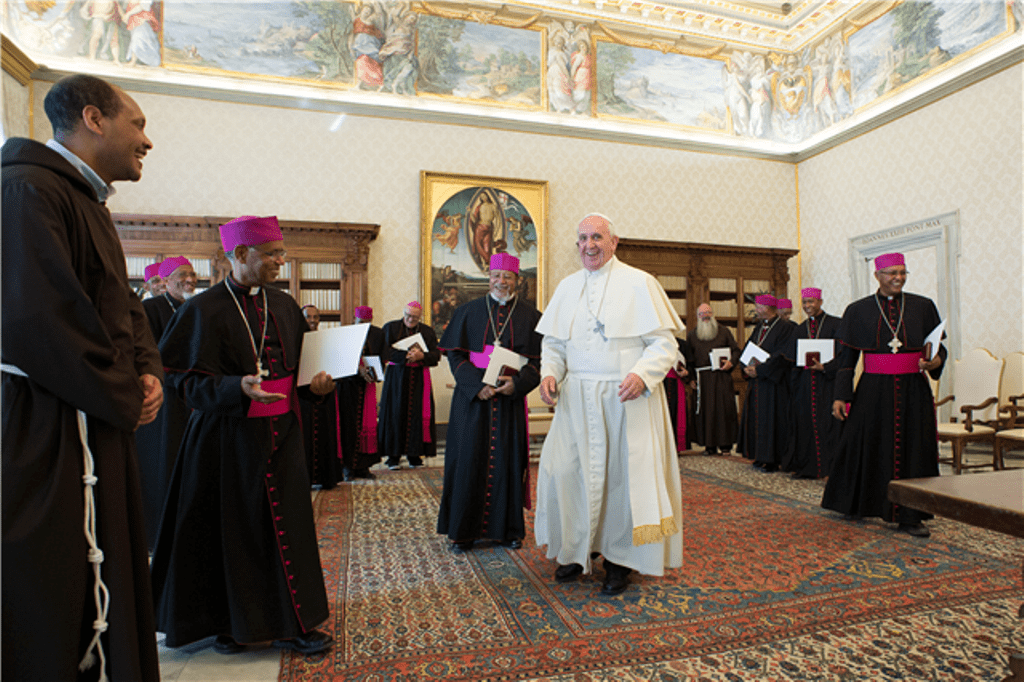 According to the Geeska Afrika Online observations and Since the raise of the  Egyptian Muslim brotherhood election and  Arabian Revolutions,  we have seen Islam changing face, strategy and goals to wards the region. 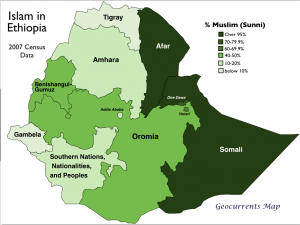 Is this a sign of increasing religious tension in Eritrea and Ethiopia following the introduction of Sharia law in several middle east and African States?

And as we approach the new regional crisis is religious strife going to increase all over the Horn of Africa and Africa?

Are Christianity and Islam incompatible in Ethiopia? Can they still live side by side?

Raymond Ibrahim wrote this note: Yet another Christian church was destroyed by Muslims in Ethiopia—this time by local authorities.  Heaven’s Light Church, which served some 100 evangelical Christians, was demolished last November 28.  The church had stood and functioned in the Muslim-majority city of Harar for five years.  In the days preceding the destruction, officials forcibly removed the church’s exterior sign and warned believers not to worship there, citing complaints by a local Muslim.  Officials further told church members who had previously congregated at the church “not to gather under what remains of the church building.”  Accordingly, Christians are now meeting in homes of individual believers.

Prior to the demolition of the church, when some Christian leaders protested, they were illegally detained, released only after community members, “outraged by the wrongful detentions,” called “for their immediate release,” reported International Christian Concern, a rights advocacy groupsupporting the Christians:

These are no isolated incidents, explained ICC, adding that it had documented “numerous ongoing land rights battles between churches and their local governments across Ethiopia.”

In many cases, ICC said, “churches have been operating peacefully for decades on land given to them by now-deceased former congregants.”

However efforts by local majority Muslim populations to “eliminate the public presence” of churches resulted in the forceful closure, destruction and demolition of several church buildings in recent years, according to ICC investigators.

ICC’s Regional Manager for Africa, Cameron Thomas, accused Ethiopia of violating the rights of devoted Christians. “Corrupt officials willing to defend their religion [Islam] rather than the laws they’ve sworn to uphold, are violating Christians’ rights by forcibly closing, destroying and demolishing churches across Ethiopia,” the official said.

In 2011, after a Christian was accused of desecrating a Koran, thousands of Christians were forced to flee their homes when “Muslim extremists set fire to roughly 50 churches and dozens of Christian homes” in a Muslim-majority region in western Ethiopia.  At least one Christian was killed, many injured, and anywhere from 3,000 to 10,000 displaced.  Around the same time, in another area that is 90% Muslim, “all the Christians in the city woke up to find notes on their doors warning them to convert to Islam, leave the city or face death.”

For those few Western observers who live beyond the moment and have an interest in the “big picture”—the world bequeathed to future generations—it is well to reflect on the question of numbers in the context of Ethiopia.  As Jonathan Racho, another official at ICC, earlier said, “It’s extremely disconcerting that in Ethiopia, where Christians are the majority, they are also the victims of persecution.”

That Muslims are an otherwise peaceable minority group in Ethiopia, but in enclaves where they represent the majority, they attack their outnumbered Christian countrymen, suggests that Muslim aggression and passivity are very much rooted in numbers.  This reflects what I call “Islam’s Rule of Numbers,” which holds that, wherever and whenever Muslims grow in number—and thus in strength and confidence—so too does Muslim intolerance for “the other” grow (video explanation here).

This naturally has lessons for the West, especially European nations like Britain and France that have a significant and ever-growing Muslim population—and where church attacks and even beheadings are now taking place.

By way of final illustration, the reader is left with the story of Islam’s entry into Ethiopia, one of the oldest Christian civilizations.  According to Islamic tradition, in 615, when the pagan Quraysh were persecuting Muhammad’s outnumbered followers and disciples in Arabia, some fled to Ethiopia seeking sanctuary. The Christian king, or “Negus” of Ethiopia, welcomed and protected these Muslim fugitives, ignoring Quraysh demands to return them—and thus reportedly winning Muhammad’s gratitude.

Today, 14 centuries later, when Islam has carved itself a solid niche in Ethiopia, accounting for 1/3 of the population, Muslim gratitude has turned into Muslim aggression—not least a warning to Western states.