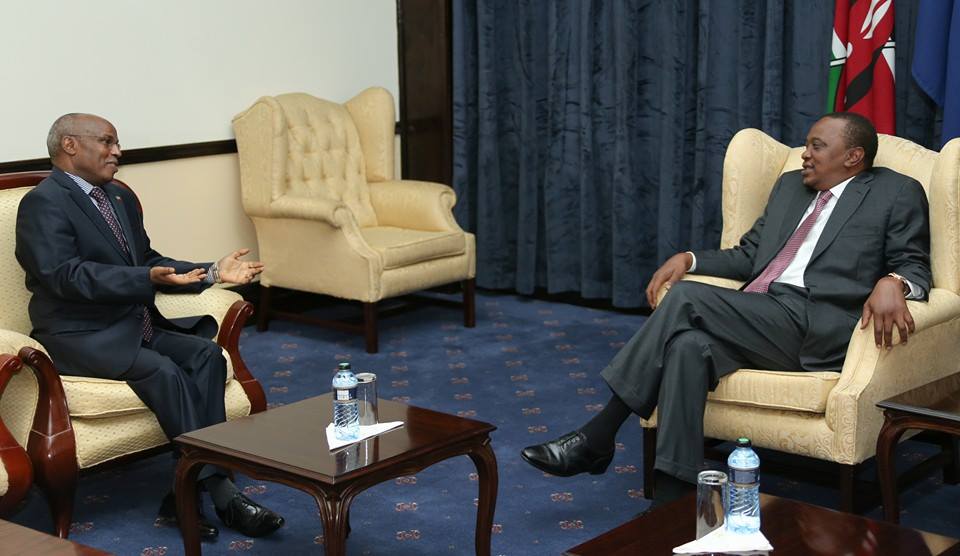 Reasons of replacement Update: Kenya and Ethiopia have signed a new security and defense agreement that aims at creating opportunities for communities at the border (Increased 1967 security pact), President Uhuru Kenyatta said on Wednesday. This will create stability and security, he said. Speaking when bidding farewell to the Ethiopian Ambassador to Kenya Ato Shemsedin Ahmed, he assured the envoy that his Government is determined to implement the special status agreement signed between the two countries. “A busy person will have no time thinking of taking a gun to commit crime, rather he would be so committed to their businesses which he/she knows will ensure they get their daily livelihoods,” the President added. On terror, President Kenyatta said Kenya is committed to winning the war and that his Government will continue working with and borrowing best practices from Ethiopia, which also neighbours Somalia.

The Ethiopian Ambassador to Kenya Ato Shemsedin Ahmed condoled with the President and the people of Kenya following the recent terror massacre in Mandera saying the Ethiopian Government will work closely with Kenya to ensure they root out the Al-Shabaab menace in the region. See also: Witness in Ruto ICC case ‘proven wrong’ via video clips He assured the President of the Ethiopian Government commitment to the implementation of the agreement saying it will ensure security and stability within the region. Ambassador Ahmed said conflict between border communities has also contributed to border insecurity.

Somali diplomat in Nairobi Kenya told Geeska Afrika Online that, Somalis will never welcome such as military corporation between Kenya and Ethiopia because on the long run their strategy is to stay and take more Somali land than what their fellow Christians have already assigned to them. Al-Shabaab is our short term enemy Kenya and Ethiopia our long term towards Somali people.