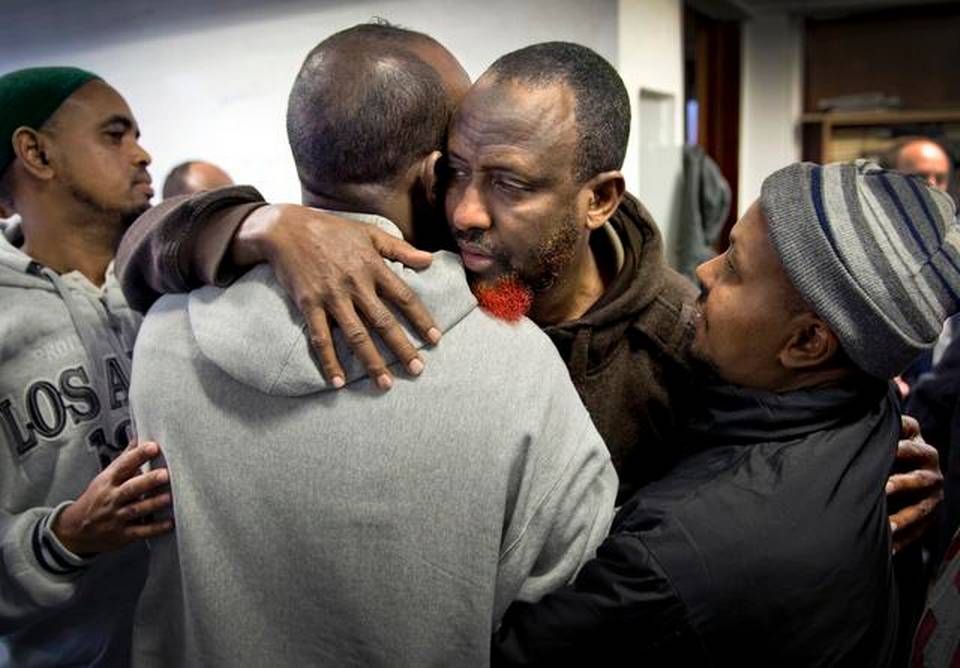 Kansas City (HAN) December 8, 2014 – Public safety and Regional Security news. Ahmed Haji Aden, a 34-year-old Kansas City, is a Somali Christian, also is the target of a federal civil rights investigation, under the the federal response to hate crime.

What is the federal response to hate crimes?  The federal government has an essential leadership role to play in confronting criminal activity motivated by prejudice and in promoting initiatives for schools and communities to address hate-related behavior.

The FBI is studying whether Aden’s alleged killing of Abdisamad, 15, was fueled by hatred of Islam and its adherents.  Hundreds of friends and family members of  Kansas City prayed  the soul of Abdisamad Sheikh-Hussein.

Abdisamad, also known as Adam to his friends at Staley High School, died Thursday after he was run down in the street in front of his mosque at the Somali Center of Kansas City.

According to Geeska Afrika Online reporter in Kansas City, State  administration failure to act on hate crimes fuels by Churches against Somali youth, says Somali America rights’ group.  Hate crime targeting minorities in Kansas City are commonplace due to a lack of attention given to them by governments in the State, a human rights advocacy group says.

“He had a really full life for a 15-year-old, and we were very blessed,” his mother, said. “He loved his school, and he loved his friends in Kansas City.”

Aden, said to be a Somali Christian, also is the target of a federal civil rights investigation. The FBI is studying whether Aden’s alleged killing of Abdisamad, 15, was fueled by hatred of Islam and its adherents.

As worshipers filed into the Islamic Center of Greater Kansas City gym, Abdisamad’s body, wrapped in a white shroud, was moved in front of the crowd, standing in rows, men and boys in front, women and girls to the back.

Mustafa Hussein, the service manager for the center, said funeral prayers are open to anyone who feels drawn to attend. But this was one of the largest such events in recent memory, he said.

The Kansas City Somali community is very close, he said, and Abdisamad’s death has drawn the entire Muslim community together.

“It’s a devastating thing for a 15-year-old to die this way,” Hussein said. “The way this happened has attracted more people to come.”

Abdullahi Mohamud, the boy’s father, who teaches at the Somali Center, stepped to the microphone to lead the crowd in the four-part funeral, orJanaza, prayer, most of which is said silently by each in attendance.

The first two parts praise God and ask for blessings on the Prophet Muhammad, on Abraham and on their descendents.

The litany was unfamiliar to Nick Roche, one of Abdisamad’s sophomore classmates at Staley. He attended to honor the memory of a good friend who broke down barriers.

“He didn’t care about your religion; he cared about you,” Nick said. “If you’re ever having a bad day, think about the bright side, like he did.”

The last two sections of the funeral prayer are calls for forgiveness, for the community and for those who have died.

“Purify him from his sins as a white garment is cleansed from dirt,” it reads in part.

Afterward, Aasim Baheyadeen suggested that the call for forgiveness could extend even to Aden, who members of the Somali community have said struggled with his own demons, as well as a hatred for Islam.

“There are people in this world with ills, and you have to find hope for them,” Baheyadeen said