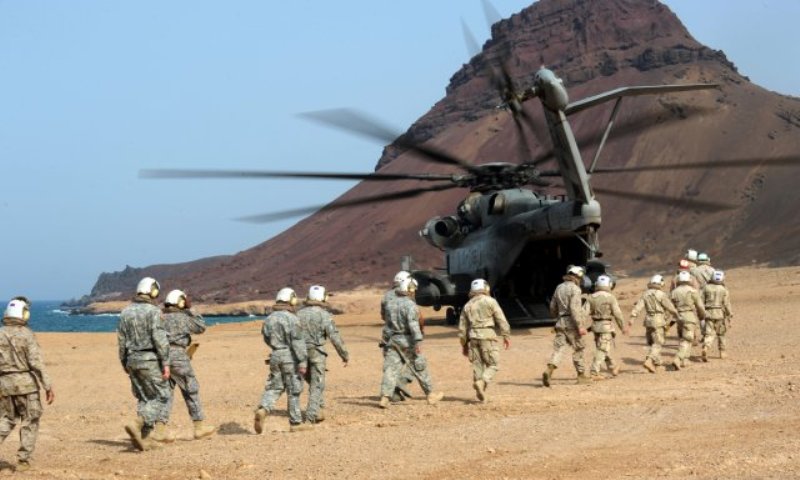 The UN navy helicopter were carrying 25 military members, 17 marines and eight sailors, aboard the Super Stallion chopper were safely recovered from the Gulf of Aden and taken aboard the USS Mesa Verde, according a Navy statement.

The helicopter was part of the 22nd Marine Expeditionary Unit and was attempting to land on the Mesa Verde when the accident occurred, the Navy said.

“The crash was not a result of hostile activity in Somalia operations.”

“The aircraft was transferring the Marines and Sailors back to USS Mesa Verde from training ashore in nearby Djibouti.”

Both the U.S.  Navy and the Marines in AFRICOM units are investigating the helicopter  accident.

Photo: Super Stallion after attending a memorial ceremony at the wreckage site of two downed helicopters off the northern coast of Djibouti.