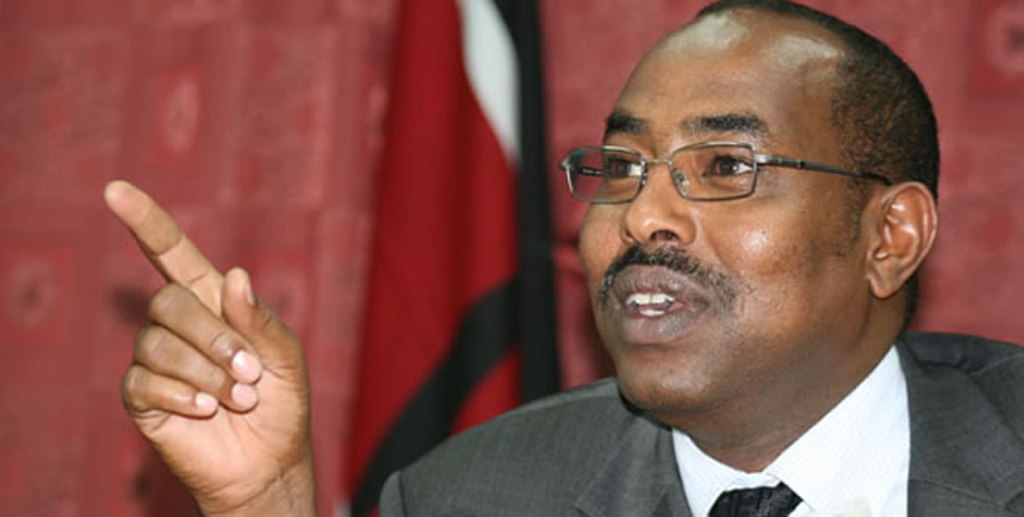 Djibouti (HAN) August 2, 2014 – Regional Governs and Security News. In a statement issued by IGAD on Thursday July 31, 2014,  the IGAD Special Envoy to Somalia, Ambassador Mohamed Affey welcomed the signing of the agreement to set up a Central State in Somalia.

The IGAD Special Envoy Ambassador Mohamed Affey told Geeska Afrika Online security reporter that the Federal Somalia is moving towards attaining the goals of federalism as enshrined in the vision of 2016 which aimed at building a strong, peaceful, prosperous, united and sovereign united Somalia. The Federal Government of Somalia on Wednesday (July 30) has endorsed a central Somalia state. President Hassan Sheikh Mohamud and Prime Minister Abdiweli Sheikh Ahmed Mohamed witnessed a ceremony for the formation of the State of Central Somalia at Villa Somalia, the Presidential compound, with UN, EU, AU, IGAD and AMISOM envoys present. Representatives from the region signed a document in which they stated that they would work together towards the establishment of a new administration in central Somalia. A press statement from the Prime Minister’s Office said the Government had hosted lengthy discussions during July between representatives of Galmudug, the local administration of Himan and Heeb, and Ahlu Sunna wal Jama’a to help create an environment conducive for understanding and mutual cooperation. The statement said that “having considered the need for clear political agenda towards the establishment of inclusive and permanent governance system in line with the will of the local communities and Provisional Federal Constitution, the parties agreed to administration consisting of Galgaduud and Mudug regions”.

The Special Representative of the UN Secretary-General for Somalia, Nicholas Kay, welcomed today’s agreement in principle to form a regional administration in central Somalia under the leadership of the Federal Government. Mr. Kay said that this was another sign of the country’s progress towards meeting the goals set out in Vision 2016 and the Provisional Federal Constitution. It was, he said, “the first step in a process of state formation in central Somalia”. Mr. Kay emphasized that the process of federalism was aimed at building a stronger, more united and peaceful Somalia. He said “Forming an inclusive administration in central Somalia will not be without its challenges, but these can only be resolved through consultation, dialogue and negotiation involving all parties.” He specifically urged the full participation of women in the process and underlined the importance of a regional administration being created in such a way that it protected the interests of both emerging and existing administrations.