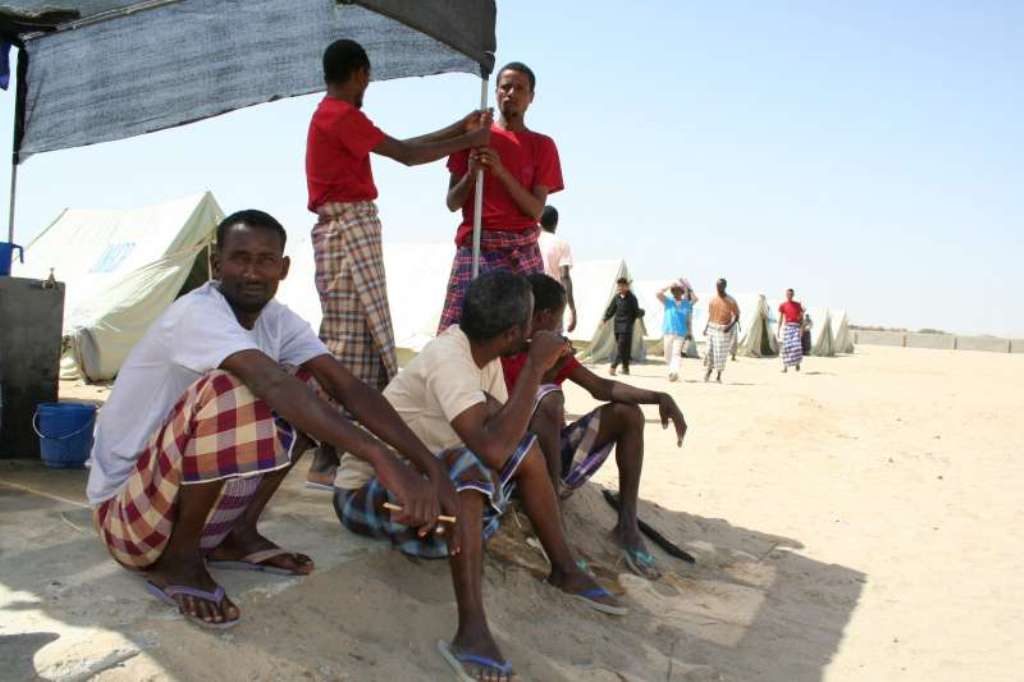 In 2008, Arbitral Tribunal handed down its Award regarding the first stage of an arbitration between Eritrea and Yemen. The Award determined, firstly, the scope of the dispute between the parties and, secondly, the sovereignty of small islands, islets, rocks and low-tide elevations sprinkling in the Red Sea between the respective coast lines of the two states. Whilst closely examining concepts raised by the parties such as historic title, the Tribunal was ultimately swayed by factors of geographical appurtenance, recent demonstrations of governmental authority and functions of state, and, to a lesser extent, the area’s legal history. The Award contributes to the body of law on territorial sovereignty and to an understanding of the role of arbitration in the peaceful resolution of disputes

According to Ali Ibrahim Al-Moshki , Over the past two years, Eritrean authorities have arrested about 420 Yemeni fishermen they accuse of straying into their waters and negatively affecting their fishing economy.

Although Eritrea released 135 Yemeni fishermen in January and another 154 in May, it is still in possession of at least 863 confiscated fishing boats.

Without their boats, released fishermen who return to Yemen find themselves in a poor financial state, lacking the necessary equipment to continue their work.

“I could not work since I returned from Eritrea because my boat and equipment are still there,” said Aref Omar, a fisherman released by the Eritrean authorities in January.

In a statement to the state-run Saba News Agency, Buhaidr explained that Yemeni fishermen in the Red Sea continue to run the risk of being detained by neighboring countries, particularly in the Horn of Africa.

“The Fishery Cooperative Union is attempting to release the detained fishermen,” Buhaidr said. He called on the Yemeni government to protect Yemeni fishermen by passing and implementing a bilateral agreement with Eritrea to resolve the two countries’ ongoing controversies over fishing.

Abdulla Basunbul, deputy minister of the Ministry of Fisheries, denied to comment on the incident, pointing out that the Foreign Ministry was in charge of coordinating Yemeni-Eritrean relations.

The Yemen Times tried to contact the Foreign Ministry but could not get any response.

In a previous statement to the Yemen Times, Salem Abdullah Alyan, a member of the Fishery Cooperative Union, said:

“the Yemeni fishermen cross the area between Eritrea and Yemen either intentionally or unintentionally and get arrested by the Eritrean authorities. Sometimes the boats are pushed by winds to Eritrean waters.”