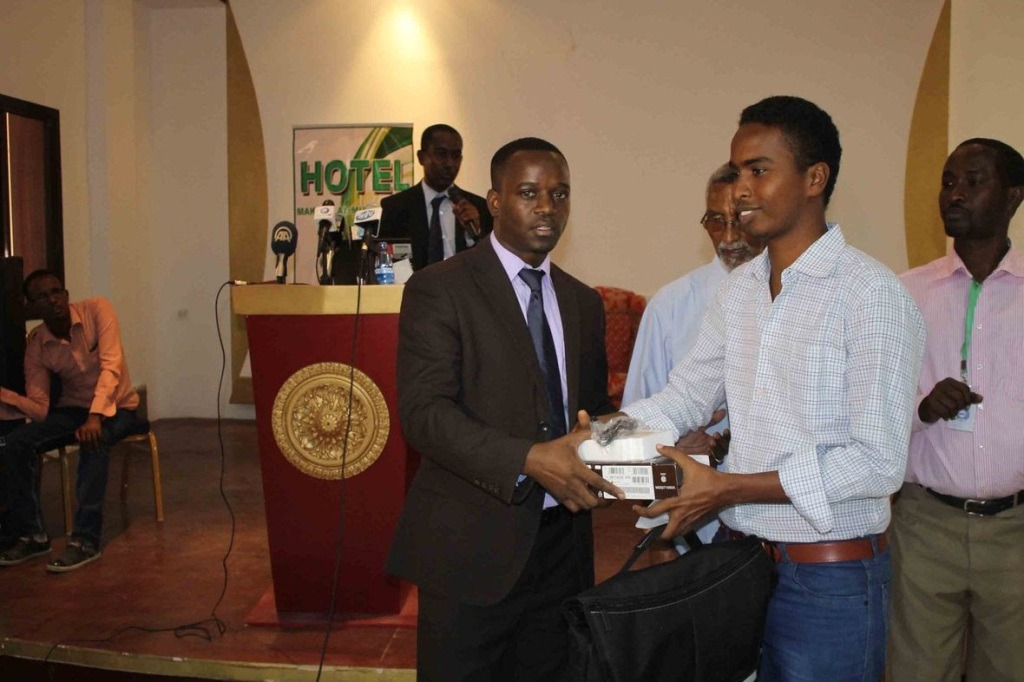 Mogadishu (HAN) June 21, 2014 – The National Union of Somali Journalists is deeply shocked and condemns by the senseless murder of the Somali humanitarian journalist in Mogadishu on Saturday, 21, June, 2014, around in Hamarwein district.

“Yusuf Ahmed Abukar joins the long list of journalists killed in the course of their work in Somalia,” the Geeska Afrika Online group said in a statement.

Last year, Al-Shabaab Islamist rebel group pulled out of their bases in Mogadishu, as part of what it said was a “tactical retreat”.

The Award winning journalist, Yusuf Ahmed Abukar (Yusuf Keynan) was killed in Hamarweyn district on Saturday morning, when a bomb believed to have been attached to his car exploded around 7:40am, according to Mustafa Yasin, the owner of Mustaqbal radio told reporters.

“I am currently standing on his body and the situation is tense.” Mustafa Yasin said.
Yusuf Ahmed worked for Mustaqbal radio, a privately owned radio based in Mogadishu and Ergo radio, a humanitarian radio based in Nairobi. Yusuf was among the winners of 2013 Somali Media Awards organized by NUSOJ and the United Nations .

“We condemn the heinous murder of our colleague and call for prompt investigations into the case.’ Mohamed Ibrahim, NUSOJ Secretary General said, “I send my sincere condolences to the families, Friends and colleagues of late Yusuf.”

“We demand the killers be brought to justice.” Mr. Ibrahim added.