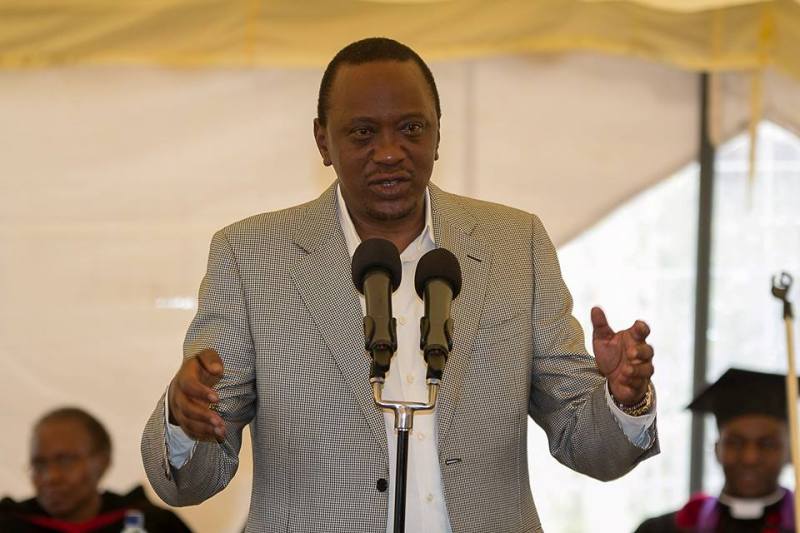 Nairobi (HAN) June 18, 2014 – The Somali Islamist group Al-shabaab said its commandos carried out the latest  attack on a nearby Somalia border village in Kenya, a new overnight attack near Kenya’s coast,
police said Tuesday, just 24 hours after Somalia’s Shebab rebels massacred close to 50 people in the same area.
The second attack came Monday night in Majembeni village in which 10 people died. The village is next to Mpeketoni, where four dozen Christian men were  slaughtered Sunday night and Monday morning. A Kenyan county commissioner, Benson Maisori, said the attackers appear to have been  the same in both cases.

“The style of killing is the same. They slit the victims’ throats wide open or shot them several times in the head,” said Maisori.

Kenyan Interior Minister Joseph Ole Lenku said a new slate of government and security officials have been installed in Lamu, in part because “there seems  to be some inside job.”

Kenyan president blamed political leaders inside Kenya Tuesday for carrying out two nights of deadly attacks that killed at least  60 people in coastal communities, saying that despite claims of responsibility from al-Shabab, the Islamic extremists were not behind it. President Uhuru Kenyatta, in a nationally televised address, said evidence indicates that local political leaders inside Kenya were behind what he termed ethnically motivated violence.

The Somali Islamist group Al-shabaab said that the commando unit had managed to return to base unhindered after two nights of carnage that have left close to 60 Kenyans dead.

“The commandos have fulfilled their duties and returned peacefully to their base,” he added, without saying if the attackers were still inside Kenya or had driven back across the Somali border, around 100 kilometres (60 miles) to the north.

Police confirmed the gunmen, apparently part of the same group that massacred nearly 50 people in the town of Mpeketoni overnight Sunday, attacked the village of Poromoko, also situated in Lamu county, late on
Monday and left 10 dead.

Kenyan police spokeswoman Zipporah Mboroki confirmed the new attack,  which came as top officials were flying in to the area to coordinate security operations and local police and a county official said so far 10 people
were confirmed dead.

“Our officers are trying to access the scene and the details are sketchy,” Mboroki said.

The Muslim leaders said the government is taking “knee-jerk reactions” and harassing specific communities, a reference to Kenya’s Somali population, which has suffered in a widespread crackdown the last several months which has seen the arrests of thousands of Somalis and the deportation of dozens.

“The continued violence risks tearing the country apart,” they said, continuing later: “We need to be cognizant of the fact that some of these attacks are aimed at planning seeds of discord and animosity among Kenyans and divide the country along ethnic and religious lines.”

Kenya Sunday night’s assault on Mpeketoni, near the coastal island and popular tourist resort of Lamu, was the worst attack on Kenyan soil since last September’s siege of the Westgate shopping mall in the capital Nairobi, in which 67 were killed.

Witnesses described how the militants drove into the predominantly Christian town on Sunday night, attacked a police station and then hotels and homes. The gunmen also singled out non-Muslims for execution, sparing Muslim men as well as women and children, eyewitnesses said.

“They arrived and asked people to get out. They asked them to lie down, and then they shot them one by one, right in the head, one after another,” said David Waweru, who was watching a World Cup match in a cafe but managed to hide behind a house when the Mpeketoni attack started.

Shebab said the attack was further retaliation for Kenya’s military presence in Somalia as well as the “Kenyan government’s brutal oppression of Muslims in Kenya through coercion, intimidation and extrajudicial killings of Muslim scholars.”

Several fundamentalist clerics have also been murdered in Kenya’s port city of Mombasa in recent years, with rights groups accusing the Kenyan government of carrying out extra-judicial killings.

Shebab also declared Kenya a “war zone” and warned tourists and foreigners to stay out of the country, once a top beach and safari destination but now facing a sharp drop in tourism revenue due to political tensions, rising
violent crime and the wave of shootings and bombings blamed on the Shebab.

“Foreigners with any regard for their safety and security should stay away from Kenya or suffer the bitter consequences of their folly,” Shebab said in a statement on Monday.

“We hereby warn the Kenyan government and its public that as long as you continue to invade our lands and oppress innocent Muslims, such attacks will continue and the prospect of peace and stability in Kenya will be but a distant mirage,” the group said.

Mpeketoni was extremely tense on Tuesday, with residents fearing new attacks despite the presence of police and paramilitary reinforcements, correspondents said.