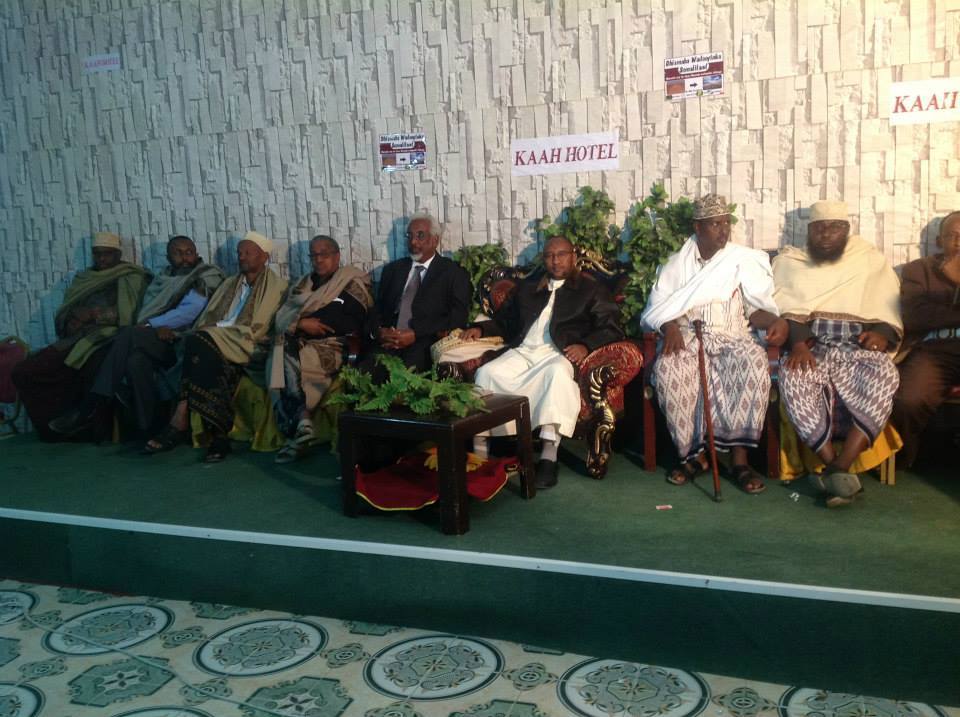 Djibouti (HAN) June 5, 2014. Geeska Afrika Online Opinion page by Dr. Mohamud Tani.  Last Man Standing- Mr Siilaanyo is a great political survivor , the art that he knows best , if not the only art he knows. He survived Afweine . He survived SNM . He survived Tuur , Egal and Rayale. He survived in politics longer than anybody else. How? 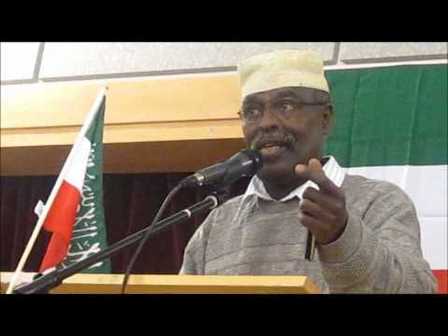 Mr Siilanyo makes deals. He made a deal with Siad Bare that he let him be brave and questioning against him in the day time , so he can spy for him in the night time. I am not sure of that , but many people accuse him of the double faced way of dealing with situations.

He survived SNM by dividing the Mujahidiin into factions and then always supporting one faction against the other , and then changing sides in the middle of the game and confusing everybody so he may stay at the top. When the trick was discovered , he was chased away. However he succeeded in managing the campaign of the next SNM chairman. Therefore he survived.

As the country was liberated soon after his removal from the chairmanship of the SNM , he tried to force himself into a prime ministerial position which he thought was his right as he campaigned for the election of Mr Tuur. Mr Tuur would have non of that , and Siilanyo was still unpopular among the ranks of the veterans , therefore he lost that bid. Everybody else would have retired at ‘that point . Not Siilanyo. He saw the opportunity of his survival in another project.

It did not work that way. Egal emerged victoriously from the civil war , and Mr Siilanyo constituency was angry with him in abandoning them in the civil strife and they preferred Sulieman as contender. Anybody else would have turned in at that point. Not Siilanyo. He made a deal with Egal to join his cabinet as a Finance Minister and demanded Mr Fagadhe to be the Foreign Minister so the Government might not look lopsidedly western and Mr Siilanyo would still remain politically relevant. As Minister of Finance , he was al looking forward to after Egal and made peace with many veterans who had a bad blood relations with him and was projecting himself as the heir appare3nt after Egal.

Unfortunately for him Sulieman Gaal was mounting a noisy opposition movement and being from the same constituency as Suleiman , remaining in Egals cabinet was getting too uncomfortable for him , therefore he resigned and went back to England. Everybody thought that he retired for good , but that is not Siilanyo. Just before Egal died he made himself available as a peacemaker between the opposition and the Government. Egal died and immediately Siilanyo asked Mr Rayalle to name him Vice-President. Mr Rayalle was suspicious about that demand and got afraid that the old man has other plans in mind , something bigger than the Vice. He flatly turned him down.

Mr Siilanyo had to do something else. He made his political party Kulmiye and ran for president . He lost. Many people wrote him off after that last adventure. After all he was over 70 years old and an ex NSS officer defeated him in the ballot box. Another man would have been heart broken . Not Siilanyo. He began Plotting the moment he lost. For close to a decade he waged a scorched earth campaign. No prisoners taken . End justifies the means , and he resorted to appeal to the lowest common denominator.

Despite all that he would not have won had not Mr Rayalle made certain political blunders. Biggest of these were chasing Faisal and his party from UDUB supporter to a Kulmiye supporter by refusing to give the speaker position to UCID and settling for the deputy speakers. That was a golden opportunity for Siilanyo, He paid a fortune to get the deal that Rayalle foolishly turned down. Mr Rayalle lost the whole parliament in one stroke . After that it was the way Mr Siilanyo wanted: A Tea Party parliament.

The other principle mistake that Mr Rayalle made was accepting term extensions . That also played into Mr Siilanyos hands. Mr Rayalle who was a more responsible leader than Siilanyo , but not necessarily a better one , did not have any clue of what politics was all about. Mr Siilanyp survived from Siad Barre to Somaliland Presidency . He will survive . He knows the art but the million dollar question is . Will Somaliland suvive him.

One thing weare hearing since he became president is that there are Shabaab sympathizers in his Government. Sometimes I wonder whether the arch deal maker made a deal with devil himself, with the shabaab. That after they nearly killed the former president in a suicide attack, he got afraid of a simialiar fate and made a deal with them that he will include some of them in the cabinet and then they do not try to kill him . It is only a hypothesis . When I look at the history of the man , I will give that a serious thought.