Addis Ababa (HAN) September 15. 2020. Public Diplomacy and Regional Stability Initiatives News. Monitoring Regional Issues. BY Faisal Roble. Yesterday it was Somalis; today it is Oromo. Nonetheless, crime against humanity is the same.
Collective Punishment is against the Geneva Convention. It is in total contravention to human rights laws. 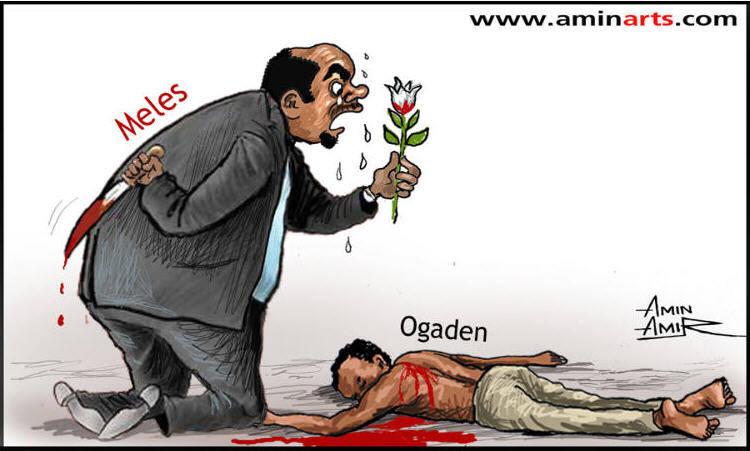 Arresting innocent people before proven guilty, but solely on the suspicion that some of their family members, clan, tribe, ethnic affiliates could be suspects of a crime, that is yet to be investigated, is against the Geneva Convention.
Collective punishment is a retaliatory and often politicized act whereby innocent people are summarily arrested or punished only because some of their family members may or may not have perpetrated crimes yet to be proved.
The arrests of innocent people in several regions in Ethiopia, mainly in Eastern Oromia, Sidama, Wolayta region for social control and to pressure peaceful communities for crimes committed by family memebrs or people standing up for their constitutional rights that have yet is a form of COLLECTIVE PUNISHMENT.
Such acts are taking place more in Oromia region. Other regions should not repeat what is taking place in Oromia region.
The country is reeling from the crimes committed in the past. The world thought that PM Haile Mariam, Mengistu H/Mariam before him, would be the last to commit crimes against humanity. Meles Zenawi perfected the art of collective punishment, particularly against the Somalis. However, such crimes continue as we speak.
It has become the culture of the current government of Ethiopia to round up villagers for crimes committed by individuals.

Despite the government’s intentions to use the police force to intimidate the masses, reports coming from many parts of Ethiopia create hardship for civilians who are already under health and economic duress.
Collective memories of collective punishment have also been a practice perfected in the Somali region in the last 50 year.
Here is a short list of past collective punishments against Somalis:
• In 1948, Dajasmaj Afwork massacred nomads in the Qorahay region
• In August 1957, massive killings were committed against the Somalis in Tuliguuleed which culminated in the hanging of seven Somali patriots (August 13, 1957). See the British report attached.
• In august 1960, the Aisha Aisaha collective massacre was carried out by Haile Selassie
• In September 1963, the massacre of Inaguuxa was once again carried out by Haile Selassie under the commandership of General Aman Andom.
• In August 1977, over 70 elders were mercilessly slaughtered by the general of Haile Selassie. One of those generals has been in the media lately boasting about his defense of his father land, despite that his troops carried out collective punishment of innocent civilian.
Today, villages of Oromia are burned down, civilians rounded up, and collective punishment is exacted against innocent civilians. We do not wish similar history being repeated in Oromia, or in any other region of Ethiopia. The Prime Minister of Abiy must wake up and smell the coffee. The crimes taking place in Oromia are indication crimes against humanity and must come to an end.
The attached report is by a British Royal New Wire reporter in August 1957, an eye witness report at the hanging of Somalis in Jigjiga.
———————————————————————————————–

Geeska Afrika Online (1985-2020), the oldest free independent Free Press in the region, brings together top journalists from across the Horn of Africa. Including Ethiopia, Somalia, Eritrea, Sudan, Djibouti, South Sudan, Uganda, Kenya, Oromo, Amhara, Somali, Afar and Harari. Plus, we have daily translations from 150 major news organizations in the Middle East and East African regions. Contact at news@geeskaafrika.com