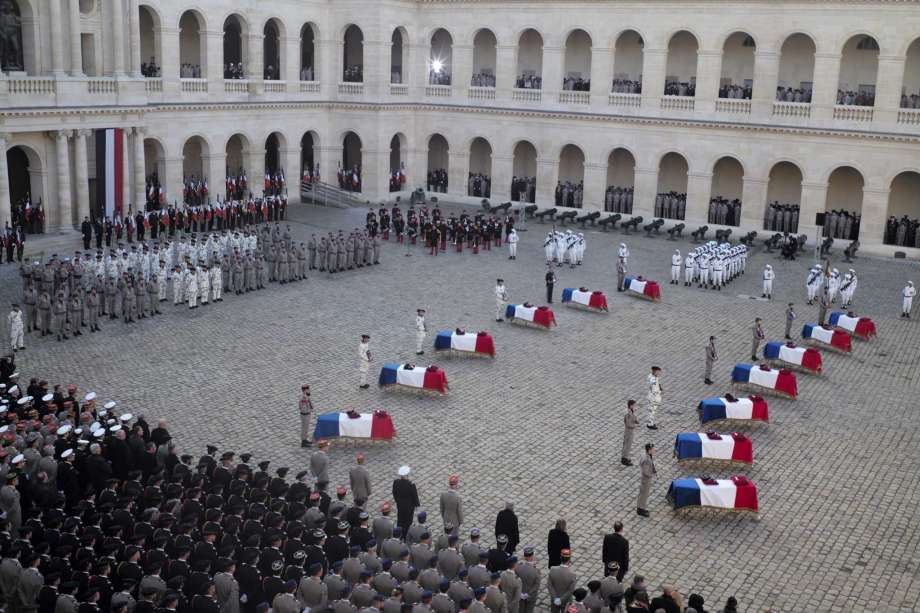 Djibouti (HAN) December 14, 2019. Public Diplomacy and Regional Security Initiatives. The EUTM Somalia officials have trained around 3,600 Somali army personnel.[2] In the first few months of 2014, the mission permanently transferred all of its advisory, mentoring and training activities to Somalia, where it now operates a Mentoring Advisory and Training Element (MATE HQ) in Mogadishu. Between February 2013-December 2019, common funding for EUTM Somalia totals more than €200 million. French strategy is shifting to a response Mali terror attacks and it will effect AMISOM mission in Somalia. The strong armies of Chad, Burkina Faso, Mali, Mauritania and Niger, plus the 4,500-troop French force in the Sahel and the 13,000-strong UN force in Mali.

The facility could see Europe supplying outside ‘partner’ countries and regional military operations with lethal weapons and ammunition via EU-managed funds for the first time.

This would mark a major shift in EU’s external action that raises human rights concerns and could perpetuate cycles of violence.

The EPF would fund EU military operations (like Operation Sophia in the Mediterranean) and provide international peace support operations and third countries with military training and equipment.

Current rules prohibit the EU from funding military operations and supplying lethal weaponry, but as an off-budget instrument the EPF would circumvent these rules. However, security assistance programmes have a problematic track record of feeding into repression and conflict.

Diversion and misuse of security assistance
Under EPF, partners are likely to request the kind of weapons at greatest risk of diversion and misuse – small arms, light weapons and ammunition. In the wrong hands, such weapons can do significant damage.

The EU has long funded the African Union Mission in Somalia (AMISOM) to combat al-Shabaab.

After years of abuses by all sides, Somalia today is locked in a stalemate for which civilians are paying a high price. Over three decades, internationally-supplied arms and security equipment have been diverted again and again to armed groups, while al-Shabaab has repeatedly seized AMISOM equipment (a global challenge for peacekeeping operations).

In Mali, abuses by EU-backed Malian security forces in counter-terror operations have fuelled grievances and motivated people to join armed groups, and the EU training mission in Mali has failed to prevent atrocities even by soldiers it has trained.

EPF support for such forces could mean more of the same – raising several questions. How thoroughly will EPF assess the impacts of its interventions? How will it respond when EU ‘partners’ are implicated in abuses or EU weapons diverted? How accountable will it be to those affected?

Dangers of reinforcing repression
Europe sees much of the Sahel as ‘ungoverned space’, where it must support weak states to assert control through military means. But here (as elsewhere), the security sector is the vehicle for repressive elites to maintain power. The resulting poor governance is among the most significant drivers of conflict.

For this reason, military ‘train and equip’ efforts of the kind proposed under EPF risk exacerbating instability. There is little evidence that strengthening combat capabilities leads to peace, justice or development – but rather the opposite.

In Yemen, Afghanistan and elsewhere, training and equipping state security forces has enabled corrupt and abusive elites to consolidate their grip on power, alienating the public and deepening instability.

In Niger, the EU and many member states are providing significant assistance for the state and its security forces to combat terrorism and migration, while failing to provide for the food needs of its poorest people.

Examples show that such an unbalanced model for ‘stabilising’ countries has ultimately proven counter-productive for all.

Undermining EU values
European leaders today risk forgetting priorities that were well understood in the Cold War era: the threat of spreading authoritarianism, and the importance of expanding democracy and human rights.

Where the EU chooses to engage with repressive forces, the question is how it can help transform their incentives and behaviour – not build their capacity.

Addressing marginalisation, promoting inclusion and gender equality, and supporting economic and human development are crucial to building lasting peace – and in countries like Somalia, the EU is widely respected for championing them. Bottom-up security models, rather than support for elites, help societies bargain for better, more accountable security and criminal justice systems that benefit everyone.

If Europe becomes mired in controversial partnerships because of its ‘peace’ facility, it would undermine its credibility as a champion of mediation, disarmament, peace and human rights.

Europe’s long-term security is inconceivable without peaceful democratic change in its neighbourhood. Helping societies address issues that drive conflict through peaceful change must remain central to the EU’s foreign and security policy.

In today’s world, stacking the cards against human rights, peace and democracy in the pursuit of quick wins could prove catastrophic.

Picture: Coffins of 13 French soldiers killed in Mali lay at the Invalides monument during a ceremony Monday Dec.2, 2019 in Paris. In its biggest military funeral in decades