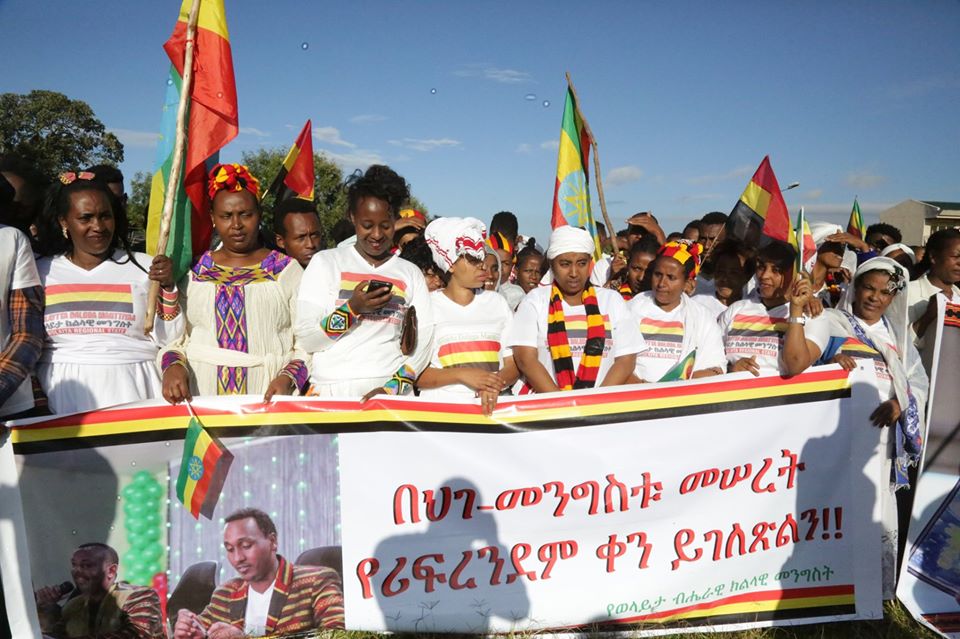 Addis Ababa (HAN) December 12, 2019. Public Administration and Regional Security. Ethiopian citizens of Wolaita zone in Southern Regional state (SNNPRS), held a rally in Sodo city, the capital of the Wolaita zone, to express their support for Prime Minister Abiy Ahmed’s Nobel Peace Prize 2019. Walaita people asked the EPP leadership of the newly formed government of Ethiopia led by Abiy to respond to their request for self-administration and regional state within the federal govern of Ethiopia.

Last July, In a statement released by the Wolaita Zone Administration, head of the Zone, Dagato Kumbe, admitted that Wolaita zone representatives who were attending the ten days Central Committee meeting by the Southern Ethiopian Democratic Movement (SEPDM) have boycotted the meeting.

Regional Unity Crisis: public consultations held by the Wolaita zone at all levels have approved the proposal to establish Wolaita regional state and a letter was submitted to the regional Council on December 19, 2018. However, the regional council did not respond to the request as it failed to meet. The indecision of the Council has led to a massive rally held in Sodo city, the capital of the Wolaita Zone, on May 17, 2019.

Meanwhile, The Ethiopians at home and abroad alike are celebrating this extraordinary moment in unison, almost. But the morning after the Nobel celebrations, when attentional focus back to Ethiopia, as they should, reality kicks in and it is not as shiny as that medal in Oslo City Hall, and as bright as the candles of the evening from the balcony of Grand Hotel. It is rather a moment that requires a sober reckoning, primarily by the 2019 Nobel Peace Laureate, Prime Minister Abiy Ahmed, and the Ethiopian people at large. Both the peace process with Eritrea and political reforms within Ethiopia are facing serious challenges due in large part to his own inability and/or unwillingness to follow through, institutionalize and consolidate the gains achieved in the first few months of his time in office.

Ethiopia: Rain-lashed Wolaita zone holds its breath for the harvest