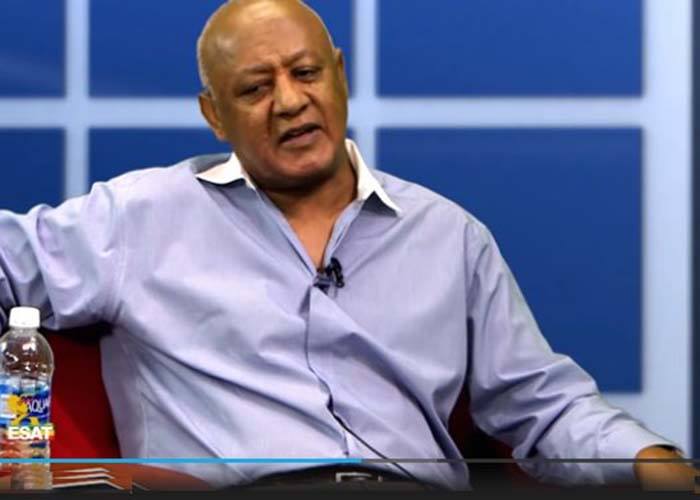 Wallelign Mekonnen’s article “On the Question of Nationalities in Ethiopia” was published 50 years ago today on Nov 17, 1969. From the outset Wallelign admits that “the article suffers from generalizations and inadequate analysis”. It is no exaggeration if I say this five-page article influenced the fate of Ethiopia for the next five decades. It is also important to underline that there has not been a significant discussion and national debate on this article, except for the excerpts that ideologues on both sides used to advance their agendas based on the perceived beliefs.

Wallelign’s Basic Arguments Wallelign expresses the sentiment of the period in that certain fundamental issues were kept in the dark for fear of being misunderstood, and he found the question of nationalities to be one of these fundamental issues that needed to be addressed. Then he goes on to affirm that some people call it tribalism but that he calls it nationalism, and proceeds to explain why he called it nationalism instead of tribalism. Wallelign tells us that there were serious discussions amongst a small minority on this “delicate” issue beginning in 1968, but that the discussions although private, were leaked to the student population, thus creating misunderstandings, exaggerated rumors and backbiting.

He proceeded to say that “the only solution to this degeneration, as witnessed from some perverted leaflets running amock [amok] these two weeks, is open discussion.” Hence, we learn that it was under a very divisive and dangerous situation that the article was released to the student body. Wallelign paid heavily for his courage, being sentenced to five years in prison but ended up serving only a few months before being released on pardon. Wallelign asks the question “what are the Ethiopian people composed of?” and proceeds to answer by stating that Ethiopia is not a single nation, and defines what a nation is as follows: “I stress on the word peoples because sociologically speaking at this stage Ethiopia is not really one nation.

It is made up of a dozen nationalities with their own languages, 2 ways of dressing, history, social organization and territorial entity. And what else is a nation? Is it not made of a people with a particular tongue, particular ways of dressing, particular history, particular social and economic organization? Then may I conclude that in Ethiopia there is the Oromo Nation, the Tigrai Nation, the Amhara Nation,… and however much you may not like it the Somali Nation.” Wallelign wrote this before Professor Levine published Greater Ethiopia.

I say this because Levine compellingly argued why there was a nation called Ethiopia. On receiving an award from SEED in May 2014, Professor Donald Levine (ፊታውራሪ ሊበን ገብረ ኢትዮጵያ as he preferred to call himself within his Ethiopian circle), reiterated what he wrote in his two books on Ethiopia, saying: “Indeed, Adwa has long stood in my mind as a potent symbol of Ethiopia’s distinctiveness. Those who would deny Ethiopia’s long existence as a multiethnic society must be embarrassed by the Adwa experience. If the empire consisted of nothing but a congeries of separate tribal and regional groups, how then account for the courageous collaboration of 100,000 troops from dozens of ethnic groups from all parts of the country?

How then explain the spirited national patriotism of such diverse leaders as Rases Alula, Mengesha, and Sibhat of Tigray, Dejazmatch Bahta of Akale Guzay, Wag Shum Guangul of Lasta, Ras Mikael of Wallo, Negus Takla- Haymanot of Gojjam, Ras Gobena and Dejazmatch Balcha of the Mecha Oromo, Ras Wele of the Yejju Oromo, Fitawrari Tekle of Wollega, Ras Makonnen of Harar, as well as Ras Gebeyehu (who died fighting at Adwa) and Ras Abate of Shoa–sustained, please note, by massive material support to the war effort by the entire population, from north to south?” Compared to Wallelign’s narrow definition of the term nation and declaring that Ethiopia is a prison of nationalities and concluding that these nations have a right to secede, Levine’s deeper search for Ethiopia’s distinctiveness is much more appealing to the student of Ethiopian history and politics today.

Wallelign further declares: “Ask anybody what Ethiopian culture is? Ask anybody what Ethiopian language is? Ask anybody what Ethiopian music is? Ask anybody what the “national dress” is? It is either Amhara or Amhara-Tigre!!” My recollection about the national culture of the time is different than what Wallelign tried to paint. It was common to watch various ethnic songs and dances during the weekly Hibre T’r’iit (ኅብረ ትርዒት) shows, and what was occasionally depicted at the National Theatre, and in the annual festivities of T’mqet, Mesqel and other national religious festivities. I distinctly remember attending a show at the National Theatre, most probably the same year Wallelign wrote the article, that was hosted in alliance with UNESCO, where all ethnic cultures were presented on 3 stage, and I remember being distinctly infatuated by the folk dance from Sidamo where Aselefech Ashne and other female dancers looked as if they were kissing with their male counterparts on stage.

Hence Wallelign’s assumption that the cultural heritage of other ethnic groups of Ethiopia were not recognized as being Ethiopian is wrong. But of course, there was subtle discrimination in the cities based on facial features, tone of skin, and one’s linguistic skills in speaking the Amharic language well, etc. However, it is important to note that the Amharic skill issue was more of an urban rural divide, where even provincial folks from Shoa, Wollo, Gojjam and Gondar were being ridiculed for being “country”, not being modern or as commonly called (ፋራ) and were made targets of light-hearted jokes based on their regional accents. But these subtle discriminations never materialized as state policy in denying citizenship rights to members of other ethnicities in jobs, training, scholarships for higher education etc.

To my understanding and long observation of the Ethiopian political scene for the last half century, the question of nationalities in Ethiopia was more of recognition, equal treatment and RESPECT. Of course, the question of land ownership was the central issue since as an agrarian society land ownership was the measure of one’s honor and even one’s humanity. Hence the peasants who were dispossessed from owning land were also treated with disrespect, thereby adding insult to injury. The primary issue was the implementation of a just and fair land tenure system that primarily ensures a decent livelihood to the farmers who are the core drivers of the agrarian economy of Ethiopia.