Several Somali traders have stopped importing khat from Kenya following a diplomatic row between the two countries, in a show of solidarity with their government.

They say they will instead focus on trading with Ethiopia.

Over the weekend, Kenya recalled its ambassador to Mogadishu and ordered Somalia’s envoy in Nairobi to leave, after Somalia allegedly auctioned off oil and gas reserves in disputed maritime territories.

A group of Kenyan khat exporters said in a statement on Monday that their trade was an easy target “whenever [Somalia] wants to seek attention from Kenya”.

“We should be bracing for the worst,” the Nyambene Miraa Traders Association added.

Khat farmers face losing 90% of the market if the diplomatic spat between Kenya and Somalia remains unsolved, the BBC’s Qalib Barud reports.

Somali traders import about 50 tonnes of the mild narcotic every day.

Other than the effects of the diplomatic row, he said, Mogadishu was also gravitating towards Ethiopian khat, whose taxation was lower than Kenya’s.

He added that despite this being a low harvest season, the price per bag of khat had fallen from Sh150,000 to Sh80,000 — which was too low at a time when demand is higher than supply.

He said the Kenyan exporters have also lost a big chunk of Puntland market due to prohibitive taxation regime introduced by the new government.

“The khat from Ethiopia is enjoying lower taxes in Mogadishu while Puntland slapped a 5USD (Sh500) tax per kilo on miraa which cannot be transferred to the farmer.

He said the high tax by Puntland has seen a decline in exports to Garowe, Bosaso and Galkayo.

The neighbouring Somaliland has almost been inaccessible to Kenyan khat traders due to heavy taxation. 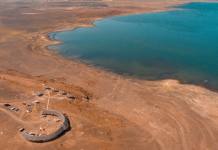