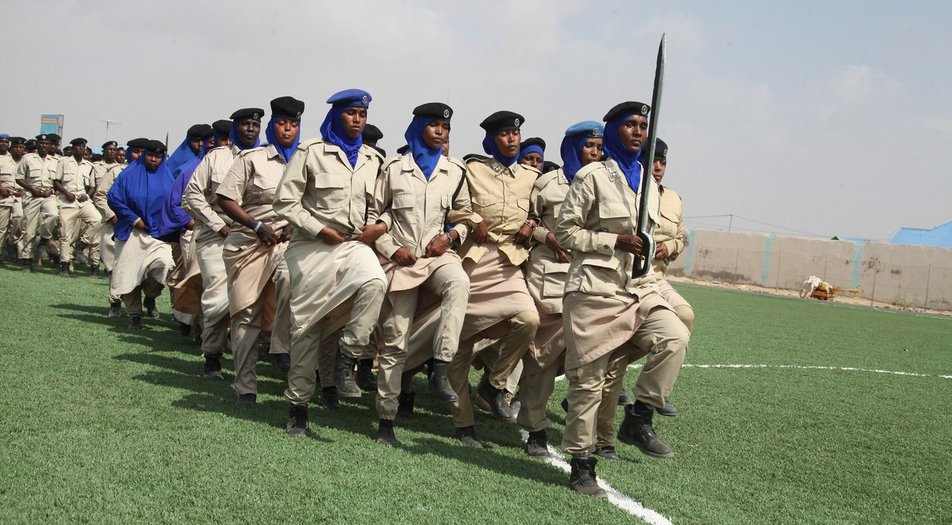 The African Union Mission in Somalia (AMISOM) has trained 198 Somali police officers to help step up security for the HirShabelle state.

The AU mission said on Friday the police officers are the first batch of 800 new police recruits being absorbed in the state’s police force, to maintain law and order in Somalia’s youngest federal state.

“It’s your responsibility as police officers to ensure that you exercise professionalism, observe fundamental issues of human rights, issues of rule of law and constitutionalism when carrying out your duties as police officers,” Simon Mulongo, deputy special representative of the Chairperson of the African Union Commission for Somalia, told the new recruits, according to a statement issued on Friday.

The AU mission has developed conditions-based transition plan, to transfer the national security responsibility from the AU troops to the Somali security forces guided by the rule of law and respect for human rights.

The move comes after the UN Security Council authorized a gradual troop reduction amid transition of security responsibility to Somali National Security Forces.

The AU mission says it has already withdrawn 1,000 troops and more withdrawals are expected in 2019.

“I am confident that you will perform your duties with selfless devotion as the constitution mandates you to do – protect and secure the country,” said Christine Alalo, acting AMISOM police commissioner.

She expressed gratitude at partners who had supported the vetting, recruitment and training of the police officers.