Home Daily Securty Brief Bodies of Dusit terrorists flown to the US by FBI? 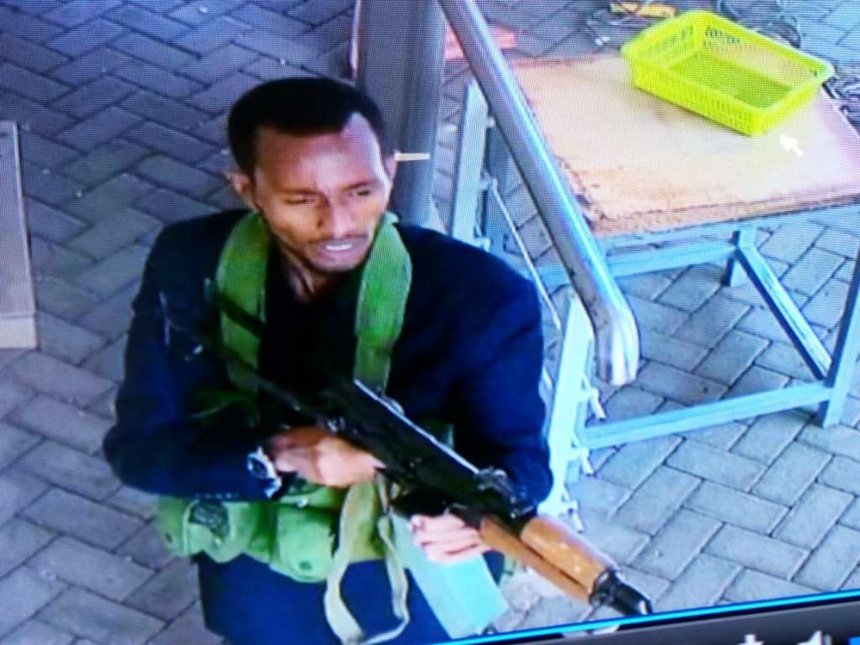 The remains of six terrorists who carried out the attack at the Dusit Complex on 14 Riverside Drive in Nairobi last month, could be in America.

An officer privy to the matter told The Nairobian that five bodies and remains of one suicide bomber were taken by American Federal Bureau of Investigation (FBI) agents who flew into the country to boost the probe.

The Americans were joined by their counterparts in Israeli spy agency, Mossad.

The foreigners accompanied by local security agents spent a couple of days at the scene combing for additional evidence – a task since accomplished and bodies taken by the FBI officials.

The Americans requested to conduct further analysis on five bodies and body parts belonging to the terrorist who blew himself up and who was identified as 25-year-old Al-Shabaab operative, Mahir Khalid Riziki.

“The FBI agents took the bodies away since they have better facilities and advanced technology than us. I think to conduct a thorough examination of the bodies…where the bodies will be disposed of afterwards nobody knows,” said the officer.

Directorate of Criminal Investigations (DCI) boss George Kinoti had initially indicated that the bodies will be disposed of locally once forensic experts complete the process of extracting samples from them.
“The bodies are species for investigations. They will remain with us for a considerable duration of time. We shall extract specimen from them, do thorough DNA analyses and take finger prints. The evidence will assist us to trace their associates, whether in Kenya or outside,” Kinoti said in an earlier interview with The Nairobian.

Local forensic experts collected specimen from the remains as well as conducted DNA analyses in a bid to crack their terror acts coordinated by Ali Salim Gichunge.

The hunt is till on for Gichunge’s wife identified as Violet Kemunto Omwoyo who is believed to be hiding in Somalia after slipping out of Kenya a day before the attack that left 21 people dead.
Meanwhile, the level of surveillance has been increased at all entry and exit points with Border Police Unit officers under firm instructions not to drop the guard.

They are supported by a specialized team on standby for action in air, water or on land.

Some of the areas ringed by the border unit include Fino in Mandera, Hulugho (Garissa), Kutulo (Wajir), Kulile (Garissa), Nyang’oro and Makilini both in Lamu.

Dismus Nyakundi, the unit’s commander gave an assurance that the country is well secured. “We have put our foot on the ground, our borders have adequate security personnel,” said the commander.