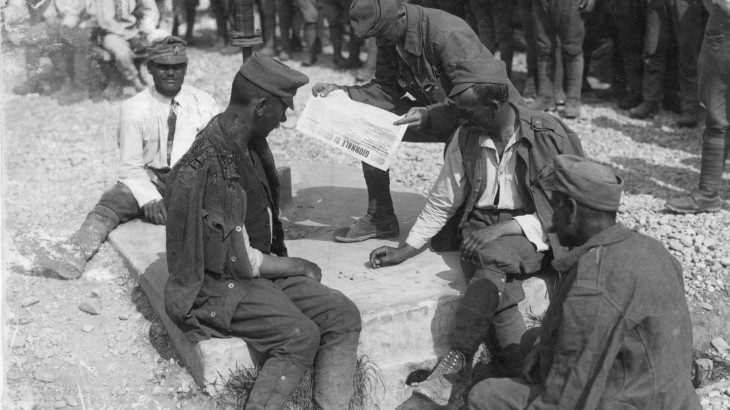 Being the guardian of the International Humanitarian Law, which contains rules that apply in times of armed conflict, the International Committee of the Red Cross (ICRC) refers to this body of law to its dialogue with the concerned parties to the conflict. ICRC has the responsibility of promoting the rules of IHL and ensure faithful application of the rules therein. This includes using the right IHL terminology in its dialogue with the parties to the conflict, as well as publically.

Civilians do not have a PoW status but they can also be detained during international armed conflict for reasons of absolute necessity or for imperative security reasons, depending on where they are being held. This is a type of non-criminal detention, which should be an exceptional measure.

What does IHL say about keeping a prisoner of war?

In an armed conflict, keeping a prisoner of war is not a form of punishment but aims to prevent the participation of the member of an armed force in the conflict. According to the IHL POWs must be released and repatriated without delay after the end of active hostilities. They should be prosecuted for possible war crimes, but not for directly participating in hostilities against their adversary.

What is an appropriate legal term for a person detained in relation with a non-international armed conflict?

It can be called detainee or person/people deprived of liberty in relation to an armed conflict.

Why is it important to use the right term?

In international armed conflicts, a member of armed forces enjoys certain privileges as a combatant. For example, POWs cannot be prosecuted for taking a direct part in hostilities and at the end of hostilities they should be released and repatriated.

In non-international armed conflicts (sometimes called civil wars), members of armed groups, and others who have directly participated in hostilities, do not enjoy such privileges, and are not immune from criminal prosecution under the applicable domestic law.

How should persons deprived of their liberty in relation to any armed conflict be treated?

Independently of the reasons for the detention, all persons deprived of liberty must be treated humanely. In particular, they are protected against murder, torture, as well as cruel, humiliating or degrading treatment. Additionally, specific rules about the treatment of different categories of people deprived of their liberty are outlined in the Geneva Conventions of 1949, their Additional Protocols and customary international humanitarian law. The third Geneva Convention specifically provides a wide range of protection for prisoners of war.

Read more about prisoners of war and detainees protected under international humanitarian law.

What about people who are detained for reasons not connected to the armed conflict?

In an armed conflict, persons detained for reasons not related to the conflict – such as ordinary criminality or political activity – are not covered by international humanitarian law (in relation to their detention), but by other legal frameworks such as international human rights law and domestic law. However, they remain protected as civilians in armed conflict under IHL.

What does the ICRC do for persons deprived of their liberty?

The ICRC aims to secure humane treatment and conditions of detention for all persons deprived of their liberty, regardless of the reasons for their arrest and detention. It also seeks to alleviate the suffering of their families, particularly by restoring communication between detainees and their relatives.

The ICRC endeavors, as a priority, to prevent torture and other forms of ill-treatment, to prevent and resolve disappearances, to improve conditions of detention (for example, access to food, water and health services), to restore and maintain family contacts, and to ensure respect for legal safeguards.

Read more about what the ICRC does for a person deprived of their liberty.

What has been the role of the ICRC in the release of detainees in relation to the last peace agreement signed in September 2018?

Similarly to many other parts of the world, the ICRC has served as a neutral intermediary to support the release of persons deprived of their liberty at numerous points of South Sudan’s conflict – not only after the last peace agreement. In this work, our role is to help with the process of the release itself, at the invitation and with the agreement of all the parties to the conflict involved and with the consent of the persons being released, and only in accordance with ICRC neutral, impartial and humanitarian role, for the benefit of the persons released. This, of course, does not mean that the ICRC participates in all releases. Parties to the conflict might also organize a unilateral or simultaneous release without ICRC support.

After the parties agree on the release and ICRC participation in it, the ICRC delegates visit persons to be released to make sure they agree with the process. In some situations, the ICRC can provide the necessary logistics for the release and transportation, as well as a medical check-up to make sure the health conditions of the detainees allow them to be transported according to the plan and to determine if they need immediate health assistance.