Home Business The World Bank and IMF are in crisis. It’s time to push... 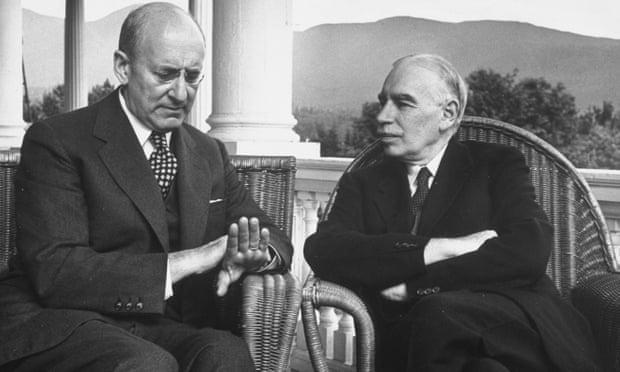 he president of the World Bank, Jim Yong Kim, will step down on 1 February – three and a half years before the end of his term – in search of greener pastures. His readiness to resign from the leadership of one the two most powerful international financial institutions is a worrying omen. But it is also an important wake-up call.

The World Bank and the IMF are the last remaining columns of the Bretton Woods edifice under which capitalism experienced its golden age in the 1950s and 1960s. While that system, and the fixed exchange rate regime it relied upon, bit the dust in 1971, the two institutions continued to support global finance along purely Atlanticist lines: with Europe’s establishment choosing the IMF’s managing director and the United States selecting the head of the World Bank.

Kim, a career physician who presented himself as a champion of poverty alleviation, now leaves the fate of the bank’s leadership in the hands of Donald Trump – the global equivalent of a progressive supreme court justice hanging up his robes in the middle of a Republican White House. Adding a touch of the absurd to the drama, it is the US president’s daughter, Ivanka Trump, who is now leading the search committee for Kim’s replacement.

But like every crisis of the Trump era, this sordid affair is an excellent opportunity to mobilize around an entirely new vision for the Bretton Woods institutions – to push for radical reforms that would put the resources of the World Bank and the IMF in the service of the many, rather than lubricating the wheels of global finance in the interest of the very few.

Such a progressive vision would bring the Bretton Woods system much closer to the lofty intentions of its framers. “Prosperity, like peace, is indivisible,” said the US treasury secretary, Henry Morgenthau, in his inaugural speech to the Bretton Woods conference, which gave birth to the World Bank (then the International Bank for Reconstruction and Development) and to the IMF. “We cannot afford to have it scattered here or there among the fortunate or enjoy it at the expense of others.”

The original Bretton Woods plan was for exchange rates to be fixed, with the IMF helping heavily indebted countries restructure their debt and a stabilization fund curbing capital flight. Meanwhile, the World Bank would offer development finance and an international commodity stabilization corporation would “bring about the orderly marketing of staple commodities at prices fair to the producer and consumer alike”. Finally, the whole system would be dollar-denominated, with the greenback being the only currency exchangeable for gold at a fixed rate.

John Maynard Keynes, the chief British negotiator at Bretton Woods, was worried that the new system could only rely on the dollar as long as America had a trade surplus. The moment the United States became a deficit country, the system would collapse. So, Keynes suggested that instead of building the new world order on the dollar, all major economies would subscribe to a multilateral International Clearing Union (ICU). While keeping their own currencies, and central banks, countries would agree to denominate all international payments in a common accounting unit, which Keynes named the bancor, and to clear all international payments through the ICU.

Once set up, the ICU would tax persistent surpluses and deficits symmetrically so as to balance out capital flows, volatility, global aggregate demand and productivity. Had it been instituted, the ICU would have worked alongside the World Bank to keep the global economy in balance and build shared prosperity worldwide.

But Keynes’s ICU was rejected. The United States was unwilling to replace the dollar as the anchor of the new monetary system. And so the IMF was downgraded to a bailout fund, the World Bank was limited to lending from its own reserves (contributed by stressed member states) and, crucially, any possibility of the IMF leveraging the World Bank’s investments (like a central bank might have done) was jettisoned.

Following large US trade deficits, then president Richard Nixon announced on 15 August 1971 the effective end of the Bretton Woods system – just as Keynes had predicted.

Immediately, the private banks, which the Bretton Woods system had been keeping under a lid, sprang up and the world was taken over by financialization.

Rather than supporting governments and prosperity, the World Bank and the IMF led the so-called Washington consensus: an orchestrated campaign of mass privatization, austerity and financial deregulation. “There are virtually no limits on what can be privatized,” wrote Mary Shirley, the chief of the public sector management and private sector development division, in 1992.

Jim Yong Kim was once a fierce critic of the Washington consensus. In his book Dying for Growth, published in 2000, Kim railed against the World Bank’s free marketeering, the costs of which “have been borne by the poor, the infirm and the vulnerable in poor countries that accepted the experts’ designs”.

Yet as president, Kim turbocharged the bank’s commitment to private profits against the public interest. “Maximizing finance for development” (MFD), the strategy he adopted in 2015, transformed the World Bank from a direct investor in developing countries to a mere facilitator of private finance. The bank’s core activity would not be lending to governments, but to “de-risk projects, sectors and entire countries”, in effect socializing the risks on behalf of the private investors and privatizing any gains.

From this perspective, it makes perfect sense that Mr Kim resigned early to take up a post at … a private equity firm.

His decision must, however, be our cue to review the role of the World Bank and the IMF today, and perhaps to revisit Keynes’s prescient idea circa 1944.

The world today needs, as much as it did in 1944, a massive international investment program. Back then, humanity needed reconstruction after a lethal world war. Today, the planet is crying out for a green transition that will cost at least $8tn annually.

Where will the money come from? Surely not from the stressed budgets of our states.

Here’s an idea: build a new Bretton Woods and fund the International Green New Deal by simply mobilizing idle savings via a linkup between the revamped World Bank and the new IMF.

The IMF can become the issuer of a digital currency unit in which all international payments are denominated, countries can retain their currencies (that will float freely against the IMF’s unit), and a wealth fund can be built by depositing in it currency units in proportion to every country’s trade deficits and surpluses.

Meanwhile, backed by the IMF’s capacity to issue the world currency unit, the World Bank can crowd idle savings from across the world into green investments, reclaiming its soul after decades of investing in environmental destruction and human displacement.

Kim’s departure makes one thing clear: the World Bank is on the brink. New development banks are growing in size and in scope, filling the space that the World Bank has long since abandoned.

Now is the time to mobilize – to push a new crop of progressive leaders to start thinking internationally, taking their enthusiasm for the Green New Deal to the global level.

If we do not act quickly – demanding a radical change of direction – the World Bank will likely fade into irrelevance. Or worse: it will become a plaything for the Trump family and its associates, making the world into their great golf course.

… we’re asking readers to make a new year contribution in support of The Guardian’s independent journalism. More people are reading and supporting our independent, investigative reporting than ever before. And unlike many news organisations, we have chosen an approach that allows us to keep our journalism accessible to all, regardless of where they live or what they can afford. But this is only possible thanks to voluntary support from our readers – something we have to maintain and build on for every year to come.

Readers’ support powers The Guardian, giving our reporting impact and safeguarding our essential editorial independence. This means the responsibility of protecting independent journalism is shared, enabling us all to feel empowered to bring about real change in the world. Your support gives Guardian journalists the time, space and freedom to report with tenacity and rigor, to shed light where others won’t. It emboldens us to challenge authority and question the status quo. And by keeping all of our journalism free and open to all, we can foster inclusivity, diversity, make space for debate, inspire conversation – so more people, across the world, have access to accurate information with integrity at its heart. Every contribution we receive from readers like you, big or small, enables us to keep working as we do.

Please make a new year contribution today to help us deliver the independent journalism the world needs for 2019 and beyond. Support The Guar