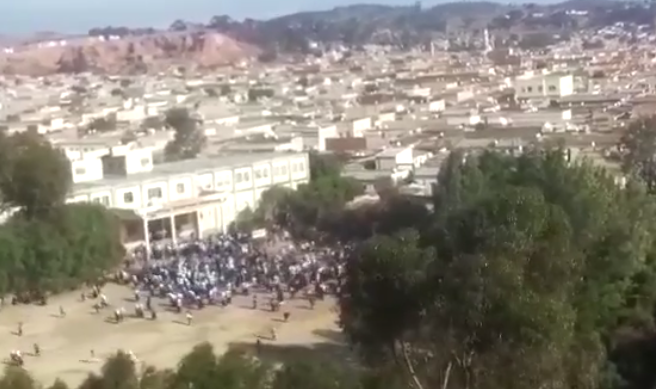 Security forces allegedly killed 28 student protesters and injured 100 others in the Eritrean capital city of Asmara on Tuesday. Police opened fire on students protesting the government of President Isaias Afwerki, often criticized as one of the world’s most oppressive and abusive regimes.

The protests were reportedly a response to the government seizure of Al-Diaa Islamic School, a Muslim religious school of about 3,000 students. Police also tried to arrest the school’s president, Haj Mussa, but the students resisted the takeover, leading to a brawl between police and the students that soon spilled into the streets.

The figure of 28 killed came from the Red Sea Afar Democratic Organization, an anti-government insurgent group that opposes Afwerki’s government. Their spokesman, Nasredin Ali, called the protests an “uprising” and “revolt” against Asmara as well as a “categorical rejection of the regime.”