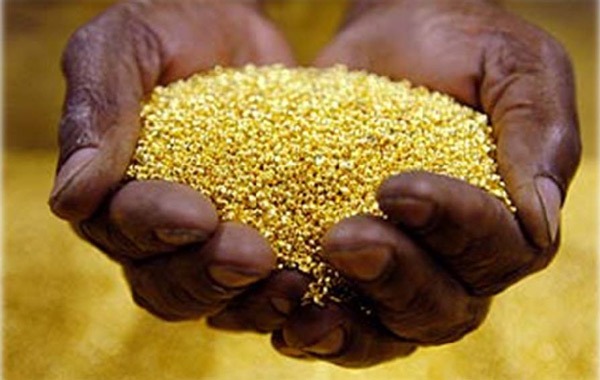 Djibouti (HAN) April 27, 2014 IGAD 2020 Weekly Regional Security News Headlines and Commentary. Tigray Resources Incorporate, a Canadian mining firm, recently stated that it has found gold and copper after its second phase of drilling, completing some 1117 meters the company conducted in the Tigray region, north of Ethiopia.

Andrew Lee Smith, President and Chief Executive Officer of Tigray Resources said that the sustained achievements the company has scored over the years in detecting new discoveries testifies the potentials of the country, particularly in the region.   “The robust drill interactions is a testament to the potentials for drill intersections for the significant discovery that the region of Ethiopia possesses,” Smith noted.

According to the company, the ongoing Mato Bula phase two diamond drill in the Tigray region has so far intersected a total of some 179 grams per ton at six holes drilled at different stages.

The Reporter contacted officials at the Ministry of Mines to learn about the new discovery reports Tigray Resources announced. However, it bore no fruits. Bacha Fuji, corporate communication directorate director at the ministry said he has no information on the matter.

Following the untapped and under explored mineral deposits in the Tigray region has been the center of attention for major multinational mining corporations across the globe. That said, the region also provides artisanal gold production by the local residents. At a country level, one million artisanal miners produced and sold some 8.3 tons of gold to the National Bank of Ethiopia valued at some USD 420 million.

Tigray Resources Incorporate is a Canadian mineral exploration company dealing with the discovery of mineral resources at the early-stage mineral projects in Ethiopia. The company also has an outreach in African and Middle Eastern countries. Ezana Mineral Development Private Limited Company and East Africa Metals Incorporate are some of the companies Tigray Resources is working with.

The following news release replaces the one disseminated at 6:00 AM ET, April 7th, 2014. Correction to drill zone interpretation. Interpretation of Upper Lode in WMD012 was incorrect. This mineralized zone is interpreted to be the Main Lode, which is now reflected in the amended and restated news release below.

Tigray Resources Inc. (TSX VENTURE:TIG) (“Tigray” or the “Company”) is pleased to announce diamond drill results from Phase 2 drilling at the Mato Bula discovery at Adyabo (refer to Tigray’s news release dated July 16, 2013 for Phase 1 drill results). Six additional holes (WMD007 to 012) have been completed, totalling 1,117 metres. Drilling on 80 metre sections targeted extensions to mineralization defined during the Phase 1 diamond drilling campaign (WMD002 to 006). This drilling has extended mineralization to depth over 150 vertical metres below surface, and to 80 metres extensions at both the northern and southern extents of existing drill intersections. Eleven diamond drill holes have now tested the system over a 640 metre strike.

At Silica Hill, Upper Lode mineralization and alteration is now defined to 150 metres vertical depth below surface, remains open at depth, and has been defined on two sections 80 metres apart. The tenor (gram-metres) of Upper Lode mineralization and intensity and volume of alteration increases to depth on both sections. Step out drilling, initially along strike to both the north and south at Silica Hill, is required to test the near surface potential of this discovery.

At Mato Bula South, Phase 2 drilling has extended the mineralization at depth and 80 metres south of previous drilling.

Both Silica Hill and Mato Bula South are part of the Mato Bula Trend, a mineralized corridor now defined over 8 kilometres in strike length. Gold-copper mineralization is interpreted to be part of a porphyry style Cu-Au system containing porphyry-style mineralization, high-grade Au-Cu quartz veins and possible replacement styles of mineralization.

Other significant targets previously identified along strike include: