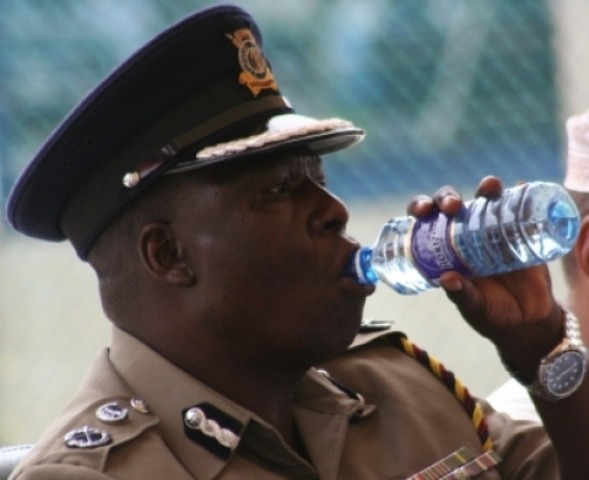 One source told Geeska Afrika Online reorter in Nairobi, that, Saudi Arabian national suspected to be involved with al Shabaab. Ahmed Hanas was intercepted near the Kenya Somalia border in Kiunga, Lamu East district., While  Kenyan Lamu police chief Samson Obara said Ahmed Hanas was arrested on Wednesday at the common frontier in Kiunga in the coastal town of Lamu.

“We are still interrogating him, we suspects he could be behind the funding of the Al-Shabaab group, his presence in the town remains suspects,” Samson Obara told Regional Reporters, such as Xinhua, BBC and HAN agencies.

The police chief said Hanas, a Saudi Arabian National, was detained upon arriving in the coastal town by detectives acting on highly placed intelligence secret information.

Obara said the police also recovered a speedboat which they suspect is used to ferry foreign fighters into Somalia. Hanas was arrested with two Kenyans in a guest house where he had checked in on Wednesday morning.

Obara said the 29 year-old Hanas had no valid documents to be in the country and had difficulties in communication. Obara said the suspects claimed that he was on “fishing expedition”.

Police have handed over him to anti-terrorism police officers for further interrogation.

According to the country security agencies, Lamu East is among the transit route for Al-Shabaab militant which is allied to an Al- Qaida network.

Intelligence report indicates that the fighters travel to the town where they blend with locals and sneak into Somalia for training and back to carry out attacks.

Obara said Hanas is suspected to be link man for the Al-Shabaab network in the region.

The East African nation has warned that attacks as threatened by the Somali-based terrorist group Al-Shabaab could affect the country’s risk profile limiting the number of new investments being made especially by foreign investors.

Attacks could further affect the number of tourism visitors affecting the planned attraction of 3 million tourists targeted for 2015.

Already, some European countries have issued travel warning for their citizens visiting Kenya, which has led reduction in the number of tourists visiting the country.

Tourism is one of the main drivers of economic growth and earns Kenya over 1 billion U.S. dollars and provides employment to thousands of its citizens.

The attacks also slow the pace of doing business locally as local investors avoid or postpone none essential activities.

On March 24, police arrested six radical Muslim youths who attempted to cross into Somalia to join Al-Shabaab terror group through in Kiunga, 15 km from the Kenyan border with Somalia.

Anti-terrorism officers working on intelligence reports intercepted a passenger bus they had boarded from the coastal city of Mombasa city to Lamu.

The youths aged between 16 and 18 manly from the coastal city of Mombasa were later charged in court for being members of terror group in Lamu court.

Police said the six are among foreigners who have joined the Al- Shabaab to undergo military training to carry out offensives inside Somalia and in Kenya.

Intelligence agents said they are trained how to assemble and detonate bombs, use weapons, and carry out terrorist strikes.

Obara said the youths are latest batch of extremists joining the Al-Shabaab terror group blamed plotting attacks in country since the incursion of Kenya troops in Somalia in 2011.

Police have warned on the ongoing radicalization of Kenya youths crossing into Somalia to join the militant group.

The video recording in Swahili language attempts to woo more Kenyans youths to join the militants and fight the incursion of Kenyan troops in Somalia.