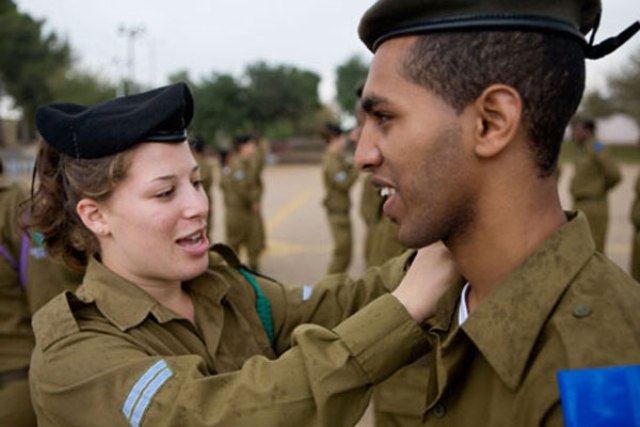 festival of Passover, thousands of Jews living in northern Ethiopia, did not have much to celebrate.

Many have been left disappointed by an Israeli government decision to end a 30-year-old programme that saw tens thousands of Ethiopian Jews airlifted to the Holy Land. BBC Video: Ethiopia’s Jewish community divided
In 7th Century, With the spread of Islam, Ethiopia is isolated from most of the Christian world. The Beta Israel enjoy a period of independence before the power struggles of the middle ages; they enjoyed the approach of Ethiopian Orthodox Christian values and the attitude of Muslims in Ethiopia .

According to the JCRC of Greater Boston, Ethiopian Jews are known at the Beta Israel, or House of Israel. There are several theories as to their origins:

In the 2nd-3rd centuries BCE, there was contact either through trade or war with the Jews of Southern Arabia.

In Isreal: In 1973, the Israeli Chief Sephardi Rabbi Ovadiah Yosef issued a religious ruling recognizing the Beta Israel as Jews

After ending the aliyah in the summer of ’08, the Israeli government has recently started to again examine the requests of Falash Mura to make aliyah.

There are now about 120,000 Ethiopian Israelis; but the original jewsh ethiopians are still in Harar (harari means the people in the mountain) and Nothern regions of Ethiopia And many families are grappling with being separated from their loved ones, as Focus on Africa’s Emmanuel Igunza found out in the north-western city of Gondar.
Next Article: The Power and Influence of Ethiopian Jewish in Africa Politics.

Have you been affected by this story? You can share your views and experiences Send your notes and news to news@geeskaafrika.com