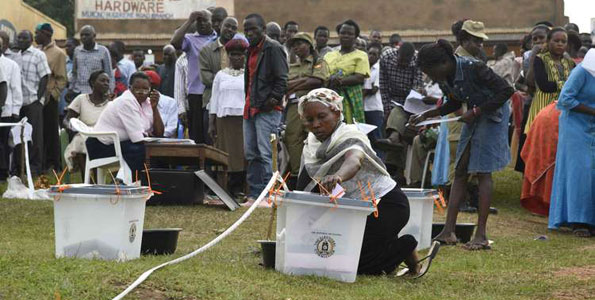 President Museveni wrote to the Speaker of Parliament informing her of the appointment of the six new members of the Commission.

However, by single-handedly nominating the new commission, President Museveni appears to have snubbed persistent calls for a change in the way commissioners are appointed. It remains to be seen how parliament will deal with the list when the vetting process starts.

The previous commission led by Badru Kiggundu ended their term last Friday after 14 years in which they presided over three controversial general elections and a referendum.

Two of the presidential elections managed by the Kiggundu-led Commission in 2006 and 2016 were challenged in court while the polls in 2011 ended in violent street protests under the banner “Walk to Work.”

But the outgoing Electoral Commission has highlighted 10 challenges that have compromised electoral democracy and which the new body will grapple with.

The challenges are delayed enactment or amendment of laws; inadequate funding; abrupt creation of new administrative units and the persistent negative perception of the commission’s work especially by the opposition and the public; commercialisation of politics; voter apathy; intolerance and electoral violence; internal challenges within political parties and organisations; poor remuneration of staff; and a poor working environment.

The specification of these challenges and their consequences is a candid admission from a team that for the past 14 years insisted that it delivered outcomes that truly reflected the voters’ will in all the four elections they conducted beginning with a referendum on multiparty rule in July 2005.

Interestingly, the outgoing commission poured cold water on widespread calls for their successors to be picked through a more open process than was used to constitute them. This proposal has been repeatedly made by the opposition and other interest groups as a solution to some of the challenges identified by the previous commission.

Citing Kenya as an example, the departing commission argues that the nature of politics in Uganda and across East Africa, is such that opposition groups rarely accept election commissions regardless of how they have been chosen.

“If there is any open system, it was used in Kenya, but everyone knows what is happening there,” Sam Rwakoojo, the Electoral Commission secretary, told reporters at the outgoing Commission’s last press meeting on November 15.

“So, it is not how the Electoral Commission is recruited but the integrity of those selected and their acceptance of what the voters have decided.”