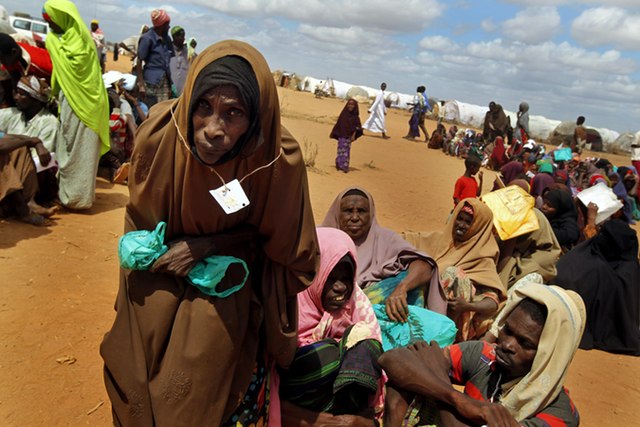 NAIROBI (HAN) November 14.2016. Public Diplomacy & Regional Security News. By George Obulutsa Kenya will not meet its deadline to close a sprawling Somali refugee camp by the end of November because Somalia could not yet guarantee basic social services for returning refugees, an Interior Ministry spokesman said on Monday.

“On the question of deadline, definitely we will not meet that deadline,” the spokesman, Mwenda Njoka, told Reuters in the first Kenyan public acknowledgement that it would be missed.

Experts have long said Kenya’s plan to shut down Dadaab camp – home to more than half a million people at its height a few years ago – by that date was impractical.

Njoka said the camp -the world’s largest – now had about 250,000 people. That compares to an estimated 350,000 people which U.N. officials had said inhabited the camp in northeast Kenya at the start of the year.

Experts have said many Somalis who fled conflict would not voluntarily return until security had improved and more basic services, such as schools and clinics, were in place. Somalia’s government is still battling an Islamist insurgency.

“We will continue engaging with the Federal Government of Somalia, the government of Jubbaland, with a view to seeing how we can be able to continue the process, and hopefully faster,” he said. Jubbaland lies near Kenya’s border.

Kenya had said it was determined to shut the camp, where some older residents have lived for quarter of a century and some younger ones have lived all their lives, because of a security threat. Kenya has faced a spate of attacks by Somali Islamists.

The United Nations and Western states warned Kenya not to forcibly repatriate those who live at the U.N.-run camp. New York-based Human Rights Watch said in September some officials were putting pressure on refugees to leave.

“We feel pained when people say that we are pushing these people out,” Njoka said, adding that between May and October more than 30,000 had moved voluntarily.

“If indeed we were coercing them, why would we be having about 250,000 people still there? Wouldn’t we already have repatriated all of them?” he said.

The U.N. refugee agency UNHCR and Somali signed a deal on voluntary repatriation in 2013, aiming to close the camp. The so-called tripartite deal expires this month and Njoka said a new deal would have to be negotiated.

While large sections of Somalia were now safe for the refugees to return, they lacked infrastructure, particularly in areas such as Jubbaland, Njoka said, adding: “So that has slowed the process.” (Editing by Edmund Blair and Richard Balmforth)