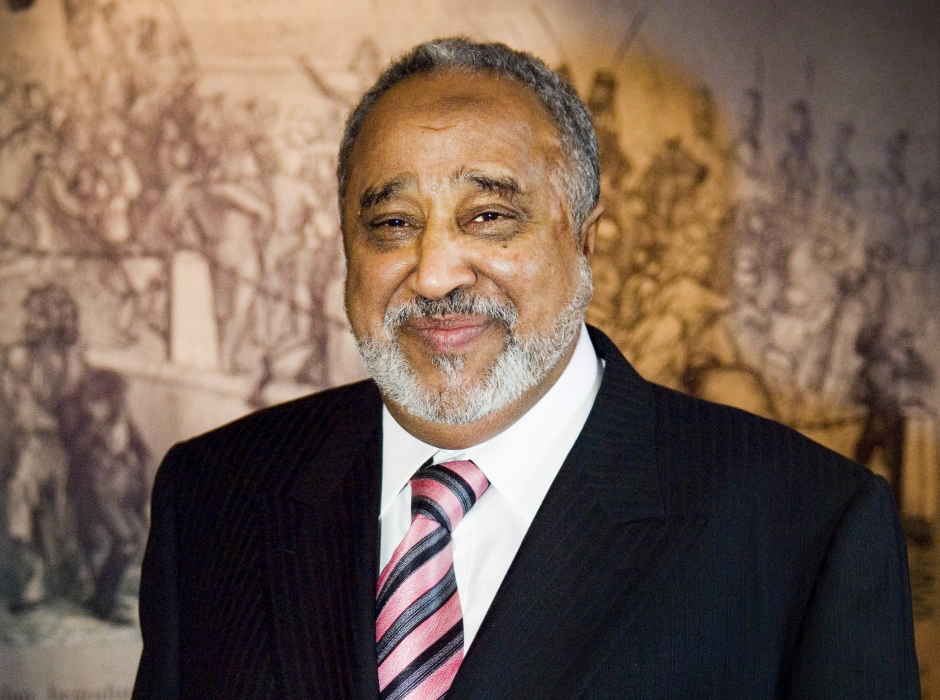 Clinton Foundation aide says ‘unless Sheikh Mo has sent us a $6 million check, this sounds crazy to do’

A top Clinton Foundation official expressed reservations about former President Bill Clinton contacting a Saudi Arabian and Ethiopian billionaire to thank him for offering a plane ride to Ethiopia — unless it would mean a seven-figure donation.

According to a briefing memo contained in an email chain released by WikiLeaks, Sheikh Mohammed Hussein Al-Amoudi of Midroc had pledged to donate $20 million over 10 years to the Clinton Health Access Initiative. But an economic downturn caused the sheikh to delay payments. The health program did not receive payments in 2010 or 2011.

“Unless Sheikh Mo has sent us a $6 million check, this sounds crazy to do.”
In an email released by WikiLeaks Monday, Clinton Health Access Initiative CEO Ira Magaziner suggested in November 2011 that Clinton call the sheikh.

WikiLeaks released more of the email chain on Tuesday. Amitabh Desai, director of foreign policy at the foundation, expressed reservations — unless the sheikh had caught up with his financial commitment.

“Unless Sheikh Mo has sent us a $6 million check, this sounds crazy to do,” he responded.

But Bruce Lindsey, chairman of the Clinton Foundation’s board of directors, argued in favor of the plan.

“I think they are hopeful if we do this it will help us get the $6 million,” he wrote. “I think he [Clinton] should call.”

The sheikh was born in Ethiopia to an Ethiopian mother and Saudi father. He later moved to Saudi Arabia and made a fortune in construction and real estate before buying oil refineries in Sweden and Morocco. He approached the Clinton Foundation in 2006 and proposed donating $2 million to the health program for every year that Clinton visited Ethiopia. The final agreement the parties struck mentioned a payment schedule but did not tie the money to Clinton’s visits to the African country.

In 2008, the sheikh donated rooms at a Sheraton hotel in Ethiopia and meals for Clinton and a large party for four days — two days longer than originally planned because of aircraft problems.

According to Clinton Foundation documents, the sheikh contributed $5 million to $10 million, though it is unclear how much of that came after the email exchange.

The memo laid out strategies for getting the sheikh to cough up the money he owed and detailed discussions with George Salem, the sheikh’s Washington-based lawyer, and Irvin Hicks, a former U.S. ambassador to Ethiopia and one of the sheikh’s representatives in Washington.
“George Salem, Ambassador Hicks, and CHAI feel that it would be helpful if you would call the sheikh and thank him for offering the plane and saying you are sorry you can’t attend ICASA,” the memo stated, referring to the International Conference on AIDS and STIs in Africa. “We don’t think it is necessary for YOU to bring up the payment issue directly.”

“It’s highly illegal and it’s likely that the owners of these aircraft took tax deductions as a gift to the Clinton Foundation,” he told the news site.