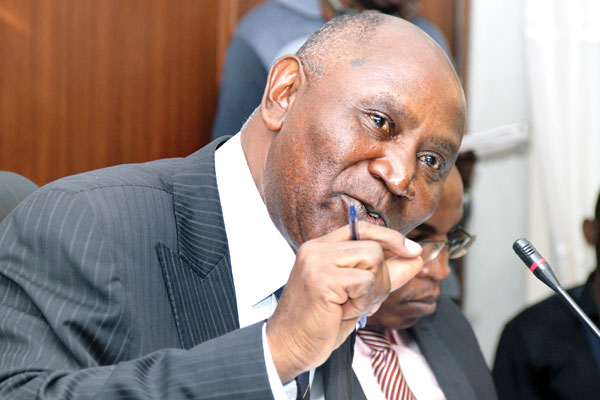 NAIROBI (HAN) September 21.2016. Public Diplomacy & Regional Security News. Kenyan embassy staff in the US lost 2,000 visa stickers in one year that could have been sold in the black market in the latest scandal to rock Kenyan missions abroad.

In his latest audit report on the Ministry of Foreign Affairs, Auditor General Edward Ouko says 5,000 single journey visa stickers were issued to the Kenyan Embassy in Washington, but only 3,000 were received by the mission.

The unexplained loss of the visa stickers raises the possibility they could have fallen into the wrong hands. “In this circumstance, it is not possible to confirm that 2,000 single journey visa stickers were lawfully used as required by Article 229 (6) of the Constitution,” says Ouko in the report. Apart from the security risk, this means that some 2,000 visitors may have come into the country using visas that were procured irregularly.

The report also notes that immigration visas and other consular fees are revenue items and not appropriations in aid as printed in the financial statements of the Ministry of Foreign Affairs and International Trade.

“Although the ministry explains that collected revenue is used at source on the understanding that budgeted funds issued consider revenue already utilised,” says the report.

The Auditor General also unearthed various anomalies in the embassies’ books, ranging from overstated or understated cash balances, dormant accounts, inability to account for visa fees, and unauthorised refund of moneys collected, among others.

Ouko found that at least Sh137.7 million was lost in the 2014/15 financial year in different Kenya’s foreign missions and embassies abroad.

The ministry received Sh13.6 billion for the year ended June 30, last year. This included a revenue balance of Sh767 million collected as appropriation in aid from visas, other consular fees and rental income from various missions and embassies abroad. The Auditor says the accuracy and completeness of the reported revenue could not be ascertained due to several cases of unsettled and unreconciled differences.

For example, when he examined revenue records at selected embassies, he found that during the 2014/2015 financial year, a total of Sh285 million was received while the actual revenue reported in the financial statements was Sh214 million. This resulted in a loss of Sh71 million.

Due diligence on four embassies during the 2013 /2014 financial year revealed loss of revenue totalling Sh137.7 million.

The Auditor General also found cases of unauthorised refund of appropriations in aid, the money that ministries make by charging for the services they offer.

“In addition, visa fees are not refundable. Therefore, the ministry should explain the basis for the refund if it was not fraudulent.”