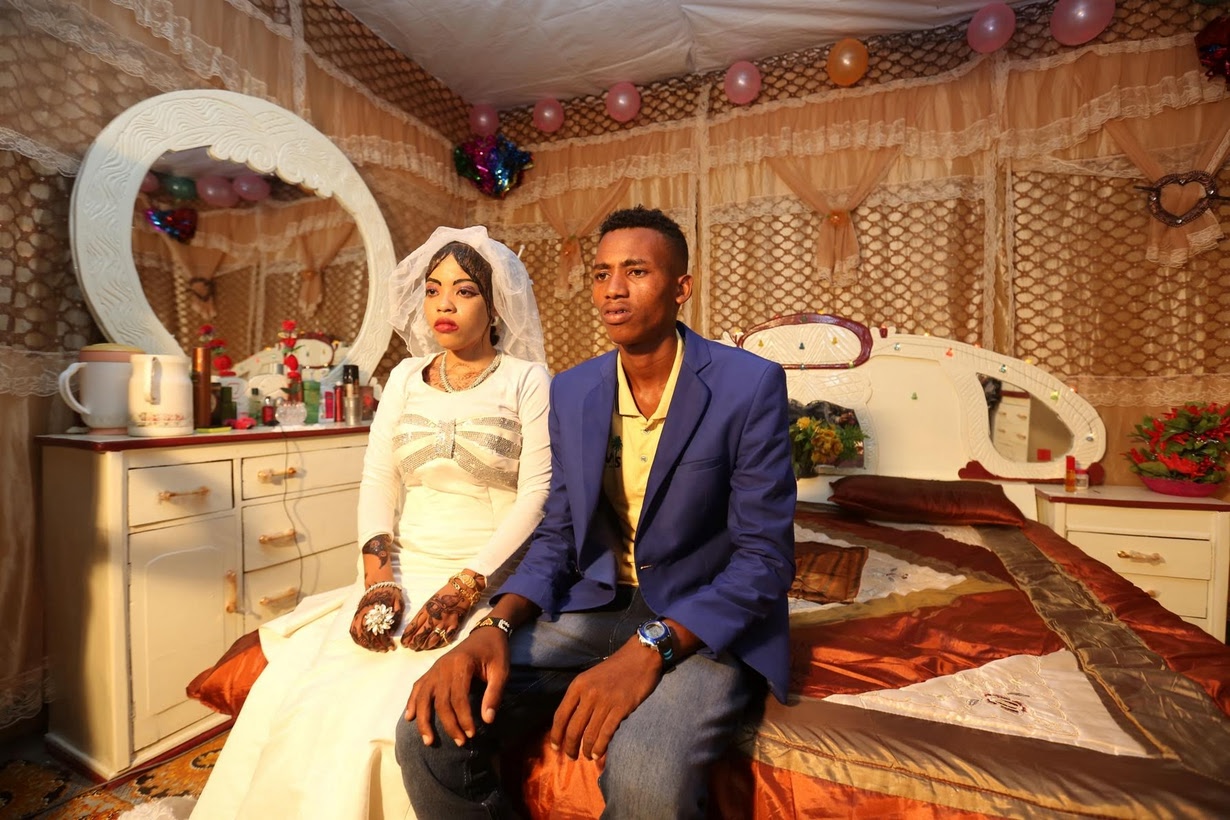 MOGADISHU (HAN) September 13.2016. Public Diplomacy & Regional Security News. To loud cheers from their family and friends, newlyweds Mohamed Noor and Huda Omar walk arm-in-arm through the place that will be their home – a camp for the internally displaced in Somalia’s capital Mogadishu.

Having met two years ago, the pair have just married at Rajo camp, where some 400 families live. Most, like Noor’s parents, came here in the early 1990s to flee famine. They stayed on as years of conflict ravaged the Horn of Africa nation.

As at any wedding, there is plenty of dancing and sweet treats for the young couple as they start married life in Noor’s simple home, made of iron and plastic sheets.

“We have loved each other for a very long time,” the 20-year-old groom said. “I could not afford to build a house and marry her, so my mother helped with the little money she had.”

Noor was born in Rajo after his farmer parents lost their livestock to the famine and left their hometown Baidoa for Mogadishu. He has only ever lived in the camp, where a handful of latrines serve all residents.

He works as a mason with his father. Others here are builders or sell sweets, nuts and stick toothbrushes to make money. Some beg around the seaside city, which like the rest of Somalia has been gripped by violence since the toppling of dictator Mohamed Siad Barre in 1991.

“Life is tough here. Sometimes there are explosions nearby and the roads are blocked so I can’t get to work,” he said.

Omar left her family hut in a farming area in Afgoye, some 30 km (20 miles) away, for Rajo. She will now live in a small shack, divided into a bedroom and eating area, part of her husband’s family’s larger makeshift house. For the wedding, the couple’s bedroom has been decorated with colourful balloons and flowers.

“Life is about who you marry, not the type of home you live in,” she said. “I love him.”

The couple celebrate a week-long honeymoon at home. After seven days, Omar is joined by other women for more festivities, during which guests bring presents, utensils and cakes. The bride’s mother and mother-in-law place a colourful scarf on her, in a symbolic gesture indicating she is married.

“I hope we will have children and I will be able to educate them,” Noor said. “If I get a good job, I will save my money and open a shop for my wife so she can become a trader”.