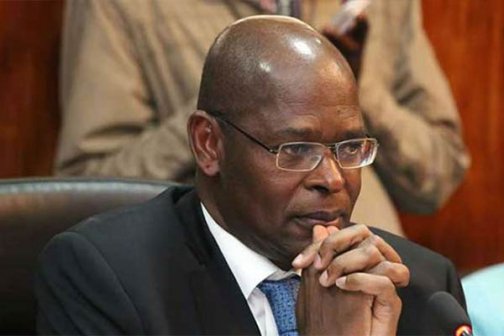 Nairobi (HAN) August 31.2016. Public Diplomacy & Regional Security News. EACC boss Philip Kinisu resigns, he was under probe for his connection with Esaki ltd which was paid in questionable dealings with NYS. A House committee yesterday had ruled that a petition against Philip Kinisu had sufficient evidence to have him removed from office.

The National Assembly Justice and Legal Affairs Committee found that Mr Kinisu had failed to disclose his interest in a company that did business with the scandal-ridden National Youth Service (NYS). The committee wants Parliament to recommend to the President the forming of a tribunal to investigate the chairman, who is barely eight months into his term. The Anti-graft boss Philip Kinisu now becomes the shortest serving Ethics and Anti-Corruption Commission (EACC) chairman.